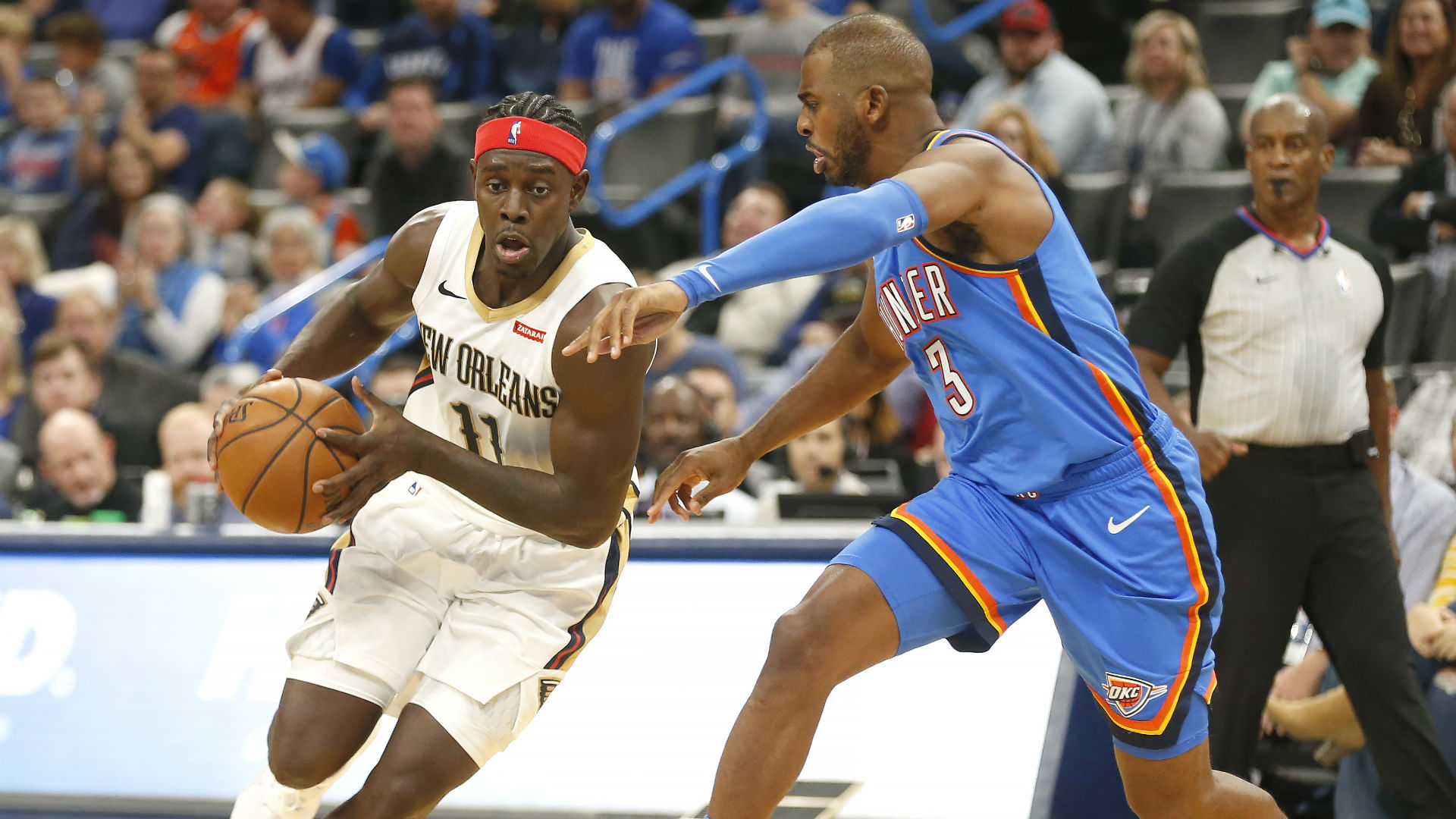 It has been unusually quiet around the NBA rumor mill, but that could quickly change as the 2020 trade deadline approaches.

With every team past the 30-game mark, the Eastern and Western Conference playoff races are tight with the seedings changing each day. A big splash or move on the fringe by a contender could make a huge difference in April, May or even June.

The Cavaliers and Jazz broke a dry spell on Dec. 23 with a deal that sent Jordan Clarkson to Utah, the first official trade since the shocking Chris Paul-Russell Westbrook swap on July 11. Could that open the door for several more transactions over the next month?

Here’s everything you need to know ahead of the 2020 NBA trade deadline.

The NBA trade deadline is Thursday, Feb. 6. The cutoff point is 3 p.m. ET, though the news of some trades may emerge shortly after that deadline.

Who are the top targets at the NBA trade deadline?

Holiday has been stuck trying to salvage an injury-plagued season in New Orleans. With the Pelicans stuck in the West basement, executive vice president of basketball operations David Griffin will likely take calls on Holiday to see if he could land a significant return package.

While mired in a 12-game losing streak, New Orleans indeed remains reluctant to trade JJ Redick, according to league sources, on top of the team’s two presumed untouchables: Zion Williamson and Brandon Ingram

Yet what that also means is Jrue Holiday is indeed available via trade, league sources say. It would surely cost a significant amount to pry him away from the Pels, but this is a notable change in status given how unavailable Holiday was to interested teams last season

Another year, another round of trade rumors for the five-time All-Star. ESPN’s Adrian Wojnarowski reported in early December that the Cavs are willing to listen to offers for Love. Cleveland is searching for young prospects and/or draft picks, but that could be a challenge considering the size of Love’s contract (approximately $ 90 million remaining beyond 2019-20).

Detroit is engaged in trade talks with the Hawks centered around Drummond, according to Wojnarowski, who says the Pistons are also discussing Drummond with several other interested teams. There is an “increasing belief” among outside teams that Drummond will be moved before the deadline, though no deal is imminent.

It will be fascinating to watch how Thunder general manager Sam Presti navigates the deadline. A member of this quartet could be had for the right price and provide a boost to a team’s title chances. However, Oklahoma City is currently in playoff position, so if nothing attractive materializes, Presti might decide to keep all of these pieces together.

Memphis is “certain” it will be able to move Iguodala ahead of the February deadline, according to The Athletic’s Omari Sankofa II. He would fit well with the Clippers, Lakers or Rockets in the West, but those teams don’t possess a ton of appealing trade assets for a rebuilding team.

The 27-year-old shooting guard is enjoying the best season of his career in Orlando, averaging nearly 20 points per game while shooting over 40 percent from the 3-point line. He is viewed as a likely trade target by executives around the league. Will the Magic listen to potential suitors or focus on staying within the East’s top eight?

— Which teams could target Kevin Love?

Medical News Today: How to remove dead skin from the face

The skin naturally renews itself every 30 days or so. This process happens when the outer layer of the skin,