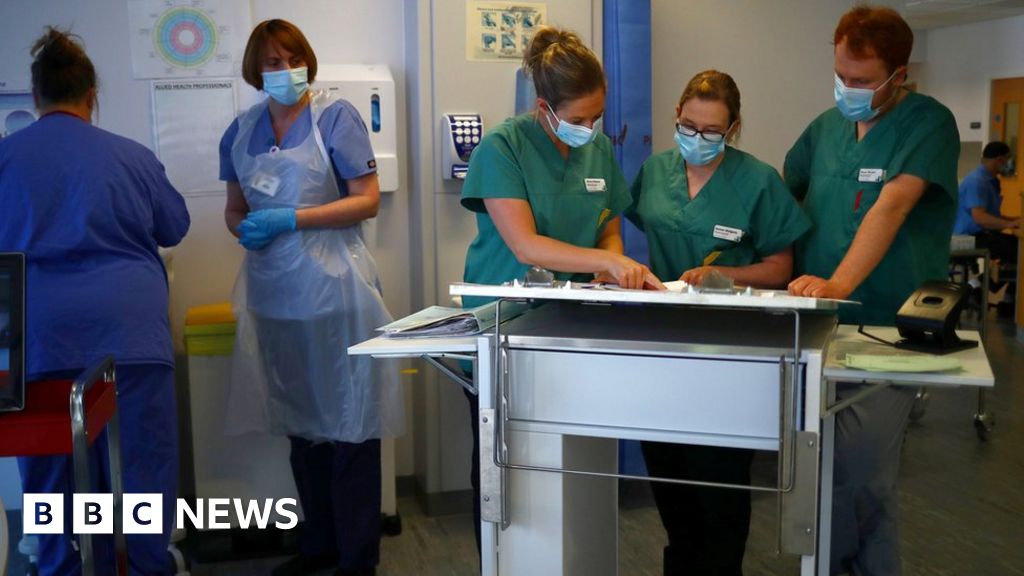 The UK’s daily figure for coronavirus deaths has dropped to 170 – the lowest since the day after lockdown began.

The announcement comes a week after the first easing of restrictions in England – and while numbers are typically lower on Sundays, the figure is almost 100 fewer than the 268 reported a week ago.

But the overall death toll remains the highest in Europe, and is now 34,636.

Meanwhile in Spain, the daily number of deaths dropped below 100 for the first time since its lockdown started.

The UK death numbers announced on Sundays and Mondays are typically lower than the other five days of the week, due to fluctuations in how quickly deaths are reported by hospitals and care homes.

Sunday’s figure is the lowest since 24 March, when 149 deaths were reported. The evening before that, Prime Minister Boris Johnson had introduced the lockdown.

Spain, which introduced a strict lockdown on 14 March, announced 87 new deaths on Sunday. At its peak on 2 April, there were 961 deaths in a 24-hour period.

Italy has also reported its lowest figure since its lockdown began, with a total of 145.

This is the lowest number of deaths seen in many weeks, and it’s a positive sign that we are very clearly past the peak of the disease outbreak that triggered a UK-wide lockdown.

But experts caution that reported numbers do dip every weekend – so we can expect the figures to go up a bit again during the coming week.

There is also a lag between some new infections arising and them sadly resulting in recorded deaths.

It will take weeks to know if any easing of lockdown measures now will lead to a rise in cases and deaths, and by how much.

Experts will be watching closely for signs of a second wave of infections that threaten to overwhelm the NHS.

Business Secretary Alok Sharma said the country was moving towards level three of the coronavirus alert system, which would see the gradual relaxation of restrictions, but “to definitively conquer this disease we need to find a safe workable vaccine”.

Speaking at Sunday’s Downing Street briefing, he said the clinical trial for a Covid-19 vaccine at the University of Oxford was progressing well and announced £93m to speed up a new vaccine research lab.

He added that pharmaceutical firm AstraZeneca had finalised a “global licensing agreement” with Oxford and the government.

It means if the trial is successful, 30 million doses will be available for the UK by this September, as part of a 100 million-dose agreement.

Mr Sharma said this would put the UK at the front of the queue for getting the vaccine.

Business Secretary Alok Sharma says research to find a vaccine for coronavirus is progressing at unprecedented speed and with the UK leading it, British people should be at the front of the queue for getting the jab.

Pharmaceutical giant AstraZeneca has signed a licensing agreement to make 30 million doses available by this September.

But that’s incredibly ambitious and is conditional on immunisation actually working.

Experts admit an effective coronavirus vaccine may never be found. Trials are under way with volunteers being vaccinated.

It will take months to be sure of success.

That’s why researchers are also backing another horse – finding existing drugs and therapies that can be used to improve the survival odds of patients who become extremely ill with coronavirus.

The business secretary also said the opening of the UK’s first vaccine manufacturing innovation centre is expected to take place in the summer of 2021, a year ahead of schedule, after the government’s funding pledge.

“The centre, which is already under construction, will have capacity to produce enough vaccine doses to serve the entire UK population in as little as six months,” he said.

“But if, and it is a big if, a successful vaccine is available later this year, we will need to be in a position to manufacture it at scale and quickly. So whilst assent is being built, the government will establish a rapid deployment facility thanks to a further investment of £38m.”

Coronavirus: Elderly to be ‘shielded’ as PM seeks to equip NHS

There are two things I can’t get off my mind. One is this letter my Animal Crossing villager, Boomer (the