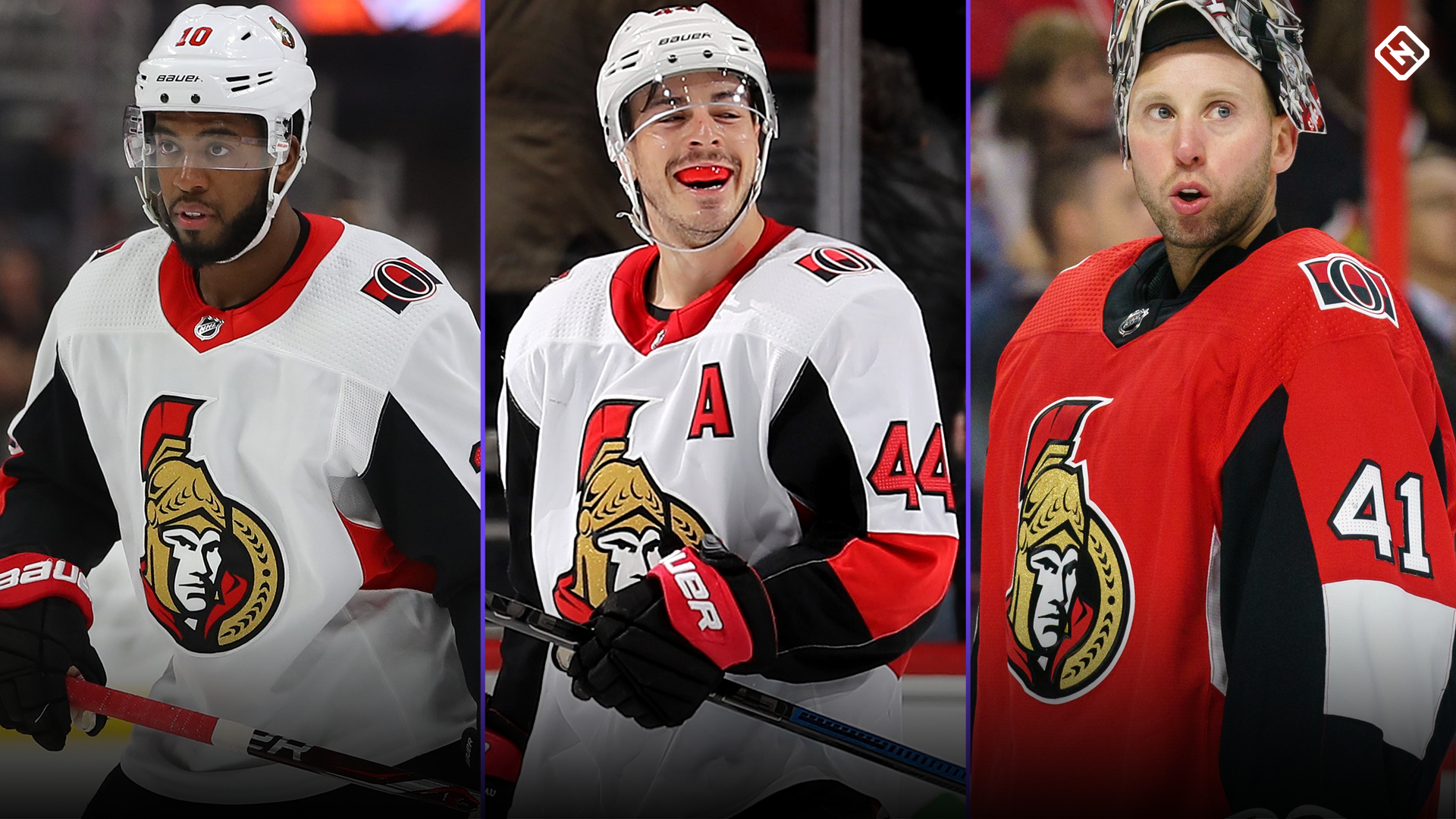 At Pierre Dorion’s 2019 end-of-season media availability in April, the Ottawa Senators’ general manager stated the team was in “Phase Two” of its rebuild.

While Dorion’s vision appears to be a year behind schedule, his expectations may not be far off.

Just past this season’s halfway mark, the Senators are only two points (37) ahead of their 2018-19 total (35) at the same juncture. However, the club dropped off a cliff in the final 40 games last season and will need to avoid the same fate.

This season, freshman head coach D.J. Smith has his club forging a hard-working identity, and after a few early bumps the Senators are playing at a .500 clip (15-15-4) since opening the campaign with a dismal 1-6-1 run.

“There’s very few days that I go home disappointed with the group’s effort. We work hard every night,” Smith said Dec. 23 after his team’s 3-1 win over the Buffalo Sabres prior to the holiday break.

Offensively, forward Anthony Duclair is having a breakout season with a career-high 21 goals in only 41 games played. Already on his fifth team in his sixth pro campaign, the 24-year old was recently named the Senators’ All-Star representative.

At the back end, hiring a former defenseman in Smith as head coach and adding Jack Capuano as his right hand has done wonders for the club.

The Senators are on pace to trim their goals-against by 25 from last season’s league-worst 301 allowed. Their team .898 save percentage is tied with the Canadiens and Flyers for 22nd in the NHL.

However, their biggest accomplishment may be the differential in even-strength shot attempts against (shots on goal + shots missed + shots blocked). The Senators’ current minus-188 differential while playing at even-strength has the squad in a position to have a deficit of below 400.

How significant is this?

The Senators posted an abysmal minus-818 even-strength differential in 2018-19. The New York Rangers were next at minus-577, showing just how terrible the Sens’ mark was. Only two other clubs held a minus-differential greater than 400: the New Jersey Devils (minus-451) and Detroit Red Wings (minus-430).

These numbers are more astounding given Smith’s team has been without the services of injured d-men Dylan DeMelo (10 games), Nikita Zaitsev (nine games) and Ron Hainsey (six games) since mid-December.

The good news is that DeMelo is slated to return Tuesday, while Zaitsev and Hainsey are hopeful for the weekend.

Dorion and his hockey ops staff will be busy right up to the final seconds of the NHL trade deadline on Feb. 24.

Including injured regulars, the Senators have 10 pending unrestricted and seven restricted free agents.

Crucial decisions have to be made.

Local favorites Pageau and Mark Borowiecki may be on the trade block. Like Pageau, blueliner Borowiecki is having a career year with five goals and 16 points in only 42 games.

As for Pageau, he expressed his desire to remain a Senator in an August Q&A with Sporting News but there’s no doubt teams are lining up to make offers on a proven playoff commodity.

Additionally, the likes of DeMelo and Tyler Ennis are also having impactful years in Ottawa. DeMelo has arguably solidified the Senators’ back end with a plus-53.2 Corsi rating to lead all lineup regulars, while Ennis is one goal (11) shy of last season’s total with the Maple Leafs and his 24 points are the most since he compiled 46 in 2014-15 with Buffalo.

The likeliest trade candidates are veterans Craig Anderson and Ron Hainsey. It’ll be tough to see Anderson leave after his 10th year with the club, but the Senators’ career goalie leader in games played (421) and wins (197) is open to a move.

More are on the way, especially if players are swapped as expected at the deadline.

Forwards Josh Norris and Alex Formenton will assuredly see a handful of NHL games this season. Norris leads all AHL rookies in goals (19) and points (32), while the speedy Formenton ranks second with 15.

After suffering a torn shoulder labrum skating with teammates prior to training camp in August, defenseman Christian Wolanin is on track to return to the ice at some point in February, as well.

Fans are also anticipating the annual draft lottery in early-April. It’s extremely unlikely the Red Wings will lose hold of the 31st position and the best odds (18.5%) of drafting first, so the Senators need to have the lottery balls drop in their favor. Thanks to the inconsistency of the San Jose Sharks, the Senators may have an opportunity to earn a pair of top ten picks, if not top five.

With the likelihood of Finnish defender Lassi Thomson heading to Belleville next season and the possibility of University of North Dakota teammates Jacob Bernard-Docker and Shane Pinto joining him, the Senators’ future is in good hands.

At a Glance: HP Omen 17 Review

This site may earn affiliate commissions from the links on this page. Terms of use. HP’s Omen 17 is one