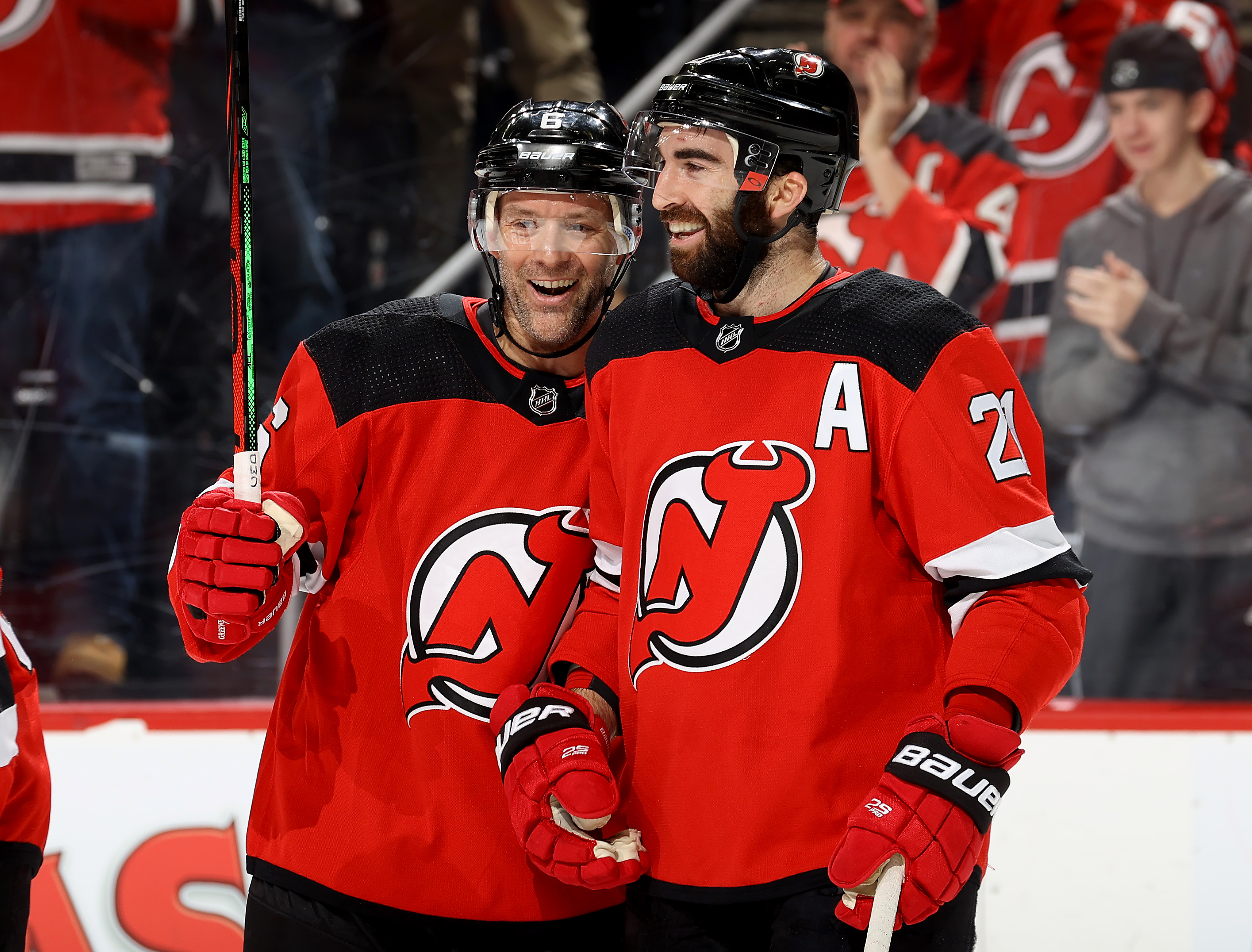 The New Jersey Devils entered the 2019-20 season with high expectations. They won the draft lottery to select Jack Hughes with the first-overall pick and then swung a blockbuster trade with the Nashville Predators on the second day of the draft to acquire defenseman P.K. Subban.

Head coach John Hynes was poised to guide the team to its second playoff berth in three seasons — but the season went off the rails real fast. New Jersey lost its first six games of the season and blew numerous leads, especially at home. In early December, then-general manager Ray Shero fired Hynes after a 9-13-4 start. One month later, Shero was shown the door weeks after he executed Taylor Hall’s trade to the Arizona Coyotes.

As the NHL trade deadline approaches, the Devils are reportedly open for business. According to TSN’s Darren Dreger, the Devils could see activity on forwards Wayne Simmonds, Kyle Palmieri and Blake Coleman and defensemen Sami Vatanen and Andy Greene.

But, which player could yield the most value? Here’s a look at what the Devils have to work with as we countdown to the Feb. 24 trade deadline.

The 37-year-old captain will be an unrestricted free agent at the end of the season. A Devils lifer, Greene has spent his entire 14-season career in New Jersey but could be on the move.

A durable player, he’s played 81 and 82 games the last two seasons and would add a calming presence on any team’s blue line. However, we’ll see if the Devils would want to part with the franchise stalwart or if Greene would even want to get traded as he reaches the end of his career. The ball is in his court, actually, as he has a no-trade clause.

TRADE DEADLINE: 10 players that could be moved by Feb. 24

Blake Coleman is currently tied for the team-lead with Kyle Palmieri in goals scored (21).

Coleman is a physical, two-way center that uses his strength to create goal-scoring chances. His strength was on full display with this one-handed goal earlier this season against the Winnipeg Jets.

Signed through next season at a bargain AAV of $ 1.8 million, it’ll take a lot to pry the 28-year-old out of New Jersey.

A free-agent signee by the Devils on July 1 after agreeing to a one-year, $ 5 million deal, Simmonds has made the playoffs in seven of his previous 12 seasons and assumed he was joining a surefire playoff contender in the Metropolitan division.

Instead, the Devils sit in the division’s basement.

Simmonds has scored 23 points this season, but it’s the intangibles that make him a valuable asset for a contending team. He knows what it takes to make a deep run in the playoffs and the leadership he provides makes him an attractive option for a team that’s one piece away.

MORE: Is Vancouver a destination for Simmonds?

It’s yet to be seen how active Fitzgerald will be and if he’s willing to part with players who are signed after this season— such as Palmieri.

Currently the team’s leader in points, he’s signed through next season at an AAV of $ 4.65 million. The New Jersey native is currently in the prime of his career and is on pace to get close to his career-best season when he notched 57 points with the Devils in 2015-16.

Palmieri can take the top off an opposing defense with his speed as he’s one of the fastest skaters in the NHL. He’s also a player not afraid to put his body on the line as he’s active on the forecheck.

For teams that miss out on the Chris Kreider sweepstakes, Palmieri could be a solid backup plan for a team looking to add scoring depth and a playoff veteran.

MORE: Teams that can weaponize their cap space at trade deadline

Vatanen will likely yield the most value for the Devils due to the lack of premier defensemen on the trading block. The 28-year-old is a pending unrestricted free agent and boasts 23 points this season in 47 games. He also has vast playoff experience having played in 44 playoff games over five postseasons.

Every contender could use an extra blueliner for a deep playoff run and that could raise the bidding war between teams for his services. Vatanen was placed on IR retroactive to Feb. 1 with a bruised right leg so we’ll see if that affects his trade value as the Devils would likely command a first or second-round pick and a prospect for his services.

To All the Birds I Loved Before: How I Got My Heart Dropkicked By Pigeons in Hatoful Boyfriend

Welcome to Memory Card. Here, we embark on one final—maybe even fatal—playthrough of the forgotten games of our past. Just