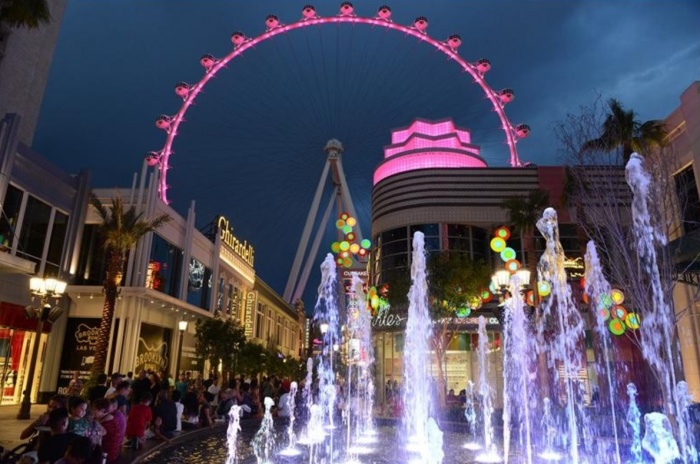 The draft, which runs from April 23rd-25th, comes to Las Vegas as the Raiders prepare to embark on their first season in the city and at Allegiant Stadium.

The celebration – at the NFL Draft Red Carpet, NFL Draft Main Stage and NFL Draft Experience – will include free immersive activities and live entertainment and performances, bringing a new level of excitement to the NFL Draft that only Las Vegas could provide.

Set against the iconic backdrop of the Strip, the NFL Draft Main Stage will be constructed next to the Caesars Forum.

Free and open to the public, fans are invited to gather at the main stage viewing zone to watch the first-round selections on night one (Thursday, April 23rd), rounds two and three on night two (Friday, April 24th), and rounds four-through seven on (Saturday, April 25th).

The stage will also host daily performances by headlining acts throughout the draft.

All three days of the NFL Draft will be broadcast on NFL Network, ESPN, ESPN Deportes and ABC – including two nights of primetime coverage on Thursday and Friday.

Caesars Forum, the newest state-of-the-art conference centre, located adjacent to the High Roller observation wheel on the Las Vegas Strip, will be host to Selection Square.

This exclusive area will feature the team tables where representatives from each club will make their draft selections.

“We are excited to partner with the NFL and the Raiders for our first major event together in Las Vegas,” said Steve Hill, chief executive, Las Vegas Convention & Visitors Authority.

“Our destination prides itself on creating unforgettable and epic events and experiences and we believe the 2020 Draft will be among the most thrilling events Las Vegas has ever hosted.”

This Is the Shovel to Beat All Shovels—Come Snow, Dirt, Sand, or Ice

Buy $ 119, rei.com; dmoscollective.comWelcome to The Esquire Endorsement. Heavily researched. Thoroughly vetted. These picks are the best way to