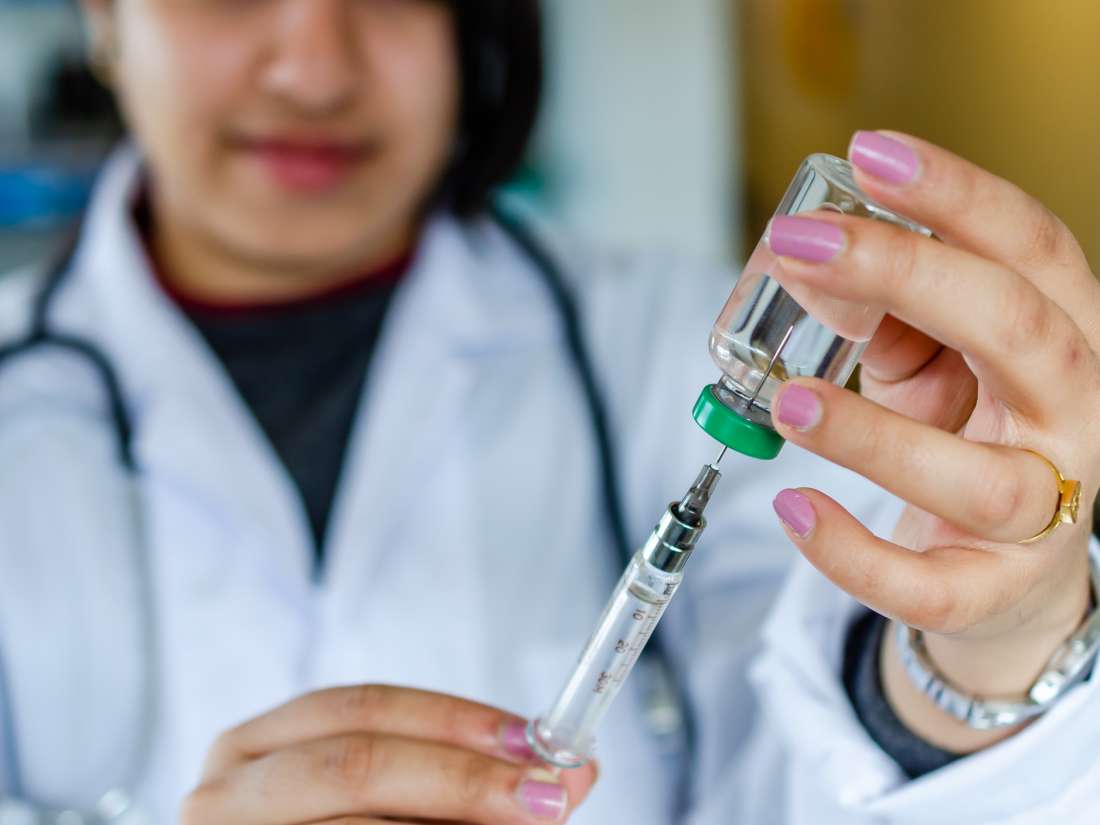 Recent experiments in mouse models have shown that injecting an inactivated flu virus into cancer tumors makes them shrink and boosts the effectiveness of immunotherapy.

When it comes to cancer tumors, many factors influence whether or not they will respond to treatment. One of these is whether the tumors are “hot” or “cold.” What does this mean?

In recent years, a new type of anticancer therapy has been gaining in popularity: immunotherapy. This form of therapy works by boosting the body’s own immune response to cancer tumors.

However, for the therapy to have a higher chance of working, the tumors have to be “hot” tumors — that is, they must contain immune cells. If a tumor does not contain (enough) immune cells, or contains immunosuppressant cells, it is called a “cold” tumor.

One question that researchers have been trying hard to answer is: How do we turn cold tumors into hot tumors that will respond to immunotherapy?

A team of investigators from the Rush University Medical Center in Chicago, IL, may now have found an effective way of doing just that by using inactivated flu viruses — essentially, flu vaccines — in mouse model experiments.

The researchers explain their process, as well as their findings, in a study paper that now features in the journal PNAS.

When they recreated this scenario in mouse models, the researchers confirmed that those with cancer tumors and influenza-related infections tended to live longer.

Going forward, the team wants “to understand how our strong immune responses against pathogens like influenza and their components could improve our much weaker immune response against some tumors,” says senior study author Dr. Andrew Zloza.

“However,” he adds, “there are many factors we do not understand about live infections, and this effect does not repeat in tumors where influenza infections do not naturally occur, like skin.”

So, the researchers injected an inactivated influenza virus into melanoma tumors in mouse models.

They found that this “vaccine” turned tumors from cold to hot by increasing the concentration of dendritic cells in the tumors. These cells can stimulate an immune response, and indeed, they led to an increase in CD8+ T cells. These can recognize and destroy cancer cells.

As a result, the mice’s melanoma tumors either grew at a slower rate or started shrinking.

Also, the researchers saw that delivering the flu vaccine into a melanoma tumor on one side of a mouse’s body led to the reduction not just of the growth of the injected tumor, but also to the slower growth of another tumor, on a different side of the body, which they had not injected.

The researchers saw similar results when delivering the flu vaccine to tumors of metastatic triple-negative breast cancer in mouse models.

“Based on this result, we hope that in [humans], injecting one tumor with an influenza vaccine [will] lead to immune responses in their other tumors as well,” says Dr. Zloza.

“Our successes with a flu vaccine that we created made us wonder if seasonal flu vaccines that are already [Food and Drug Administration]-approved could be repurposed as treatments for cancer,” Dr. Zloza adds.

“Since these have been used in millions of people and have already been shown to be safe, we thought using flu shots to treat cancer could be brought to patients quickly.”

The researchers therefore worked with specially engineered mouse models, into which they were able to transplant both tumors and immune cells from humans with lung cancer and metastatic melanoma.

Dr. Zloza and colleagues found that injecting these human-derived tumors with a regular, FDA-approved flu shot led them to shrink.

“Such [a] transplant allows us to utilize patient-grade drugs in a living system. This is as close as we can get to testing something ahead of a clinical trial,” he explains.

The researchers also wanted to see if they could use flu shots as an adjuvant therapy — that is, as an aid to existing anticancer therapies.

So, in additional experiments, they delivered the flu shots alongside a form of immunotherapy that relies on immune checkpoint inhibitors. These are drugs that stimulate immune cells to mount an attack against cancer tumors.

In doing this, the researchers found two things. The first was that the flu vaccines were able to reduce tumor growth on their own, regardless of whether or not the targeted tumor responded to checkpoint inhibitor therapy.

The second was that when the tumor did respond to immunotherapy, the flu shot combination led to an even more pronounced reduction in tumor growth.

“These results propose that eventually both [people] who respond and who do not respond to other immunotherapies might benefit from the injection of influenza vaccines into the tumor, and it may increase the small proportion of patients that are now long-term responders to immunotherapies,” says Dr. Zloza.

“Since humans and mice are about 95% genetically identical, the hope is that this approach will work in patients. The next step planned is to conduct clinical trials to test various factors,” he concludes.

Medical News Today: What to know about dry mouth at night

Medical News Today: What to know about oscillopsia

Medical News Today: Catnip: What do we know about the feline drug?

There are few series in video game history as consistently great as the Batman: Arkham games. Rocksteady's trilogy inspired by