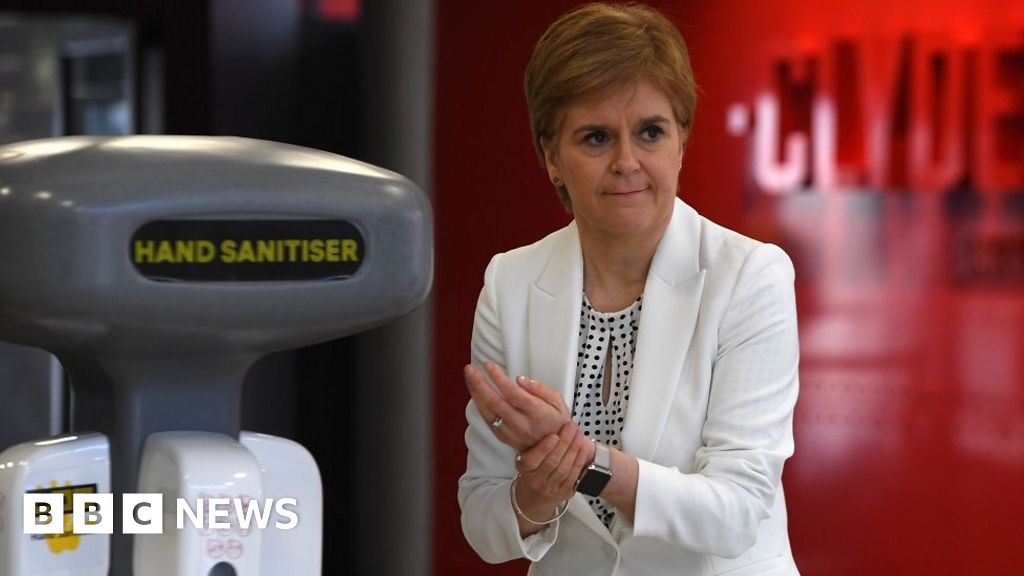 The lifting of the coronavirus lockdown is likely to be phased – with some measures remaining in place into next year, Nicola Sturgeon has said.

The first minister said gatherings in pubs and at public events were likely to be banned or restricted for some time to come.

And she said all pupils might not be able to attend school at the same time because of social distancing rules.

But Ms Sturgeon said Scotland was not yet able to begin to ease its lockdown.

And she warned that the country will have to “adapt to a new reality” in the future – and that lockdown could have to be reinstated “with very little notice” if the transmission of the virus could not be controlled.

She was speaking as the Scottish government published a new document outlining the basis of an exit strategy from the UK-wide lockdown that has been in place since 23 March.

The paper did not set any dates for when the restrictions could begin to be lifted, and that even when it does start to be relaxed “strong measures to sustain low levels of transmission will be required until either a vaccine or cure is developed.”

And it said Scotland will not be able to “immediately return to how things were”, and would instead target a “managed transition away from current restrictions” while still suppressing the virus.

It said: “We will need people in Scotland to continue to live their lives in ways that minimise the spread of the virus.

“So even as we lift some of the more restrictive measures, better hand hygiene and appropriate physical distancing will need to remain in place at home, on the streets and in the workplace.”

The eventual lifting of lockdown will be phased, with mass gatherings and the re-opening of pubs not likely until later in the process.

The paper said: “We are likely to require that gathering in groups, for example in pubs or at public events, is banned or restricted for some time to come.”

Ms Sturgeon warned that the lockdown currently remained “absolutely necessary to suppress the virus, protect our health service and save lives”.

She said it “could take some time” but “ultimately we will come through this challenge”, and the publication of the paper was the start of a process that would evolve into a detailed plan in the coming weeks.

Ms Sturgeon said any talk of lifting the lockdown “like the flick of a switch” was “misguided”, saying: “A return to normal as we knew it is not on the cards in the near future.”

She said Scotland would have to find a “new normal”, which involved “living alongside the virus in a form which keeps it under control”.

How many Covid-19 patients are in hospital?

And the first minister said it was impossible to know with certainty what the long-term impact of decisions would be, meaning a flexible approach will be needed.

At Wednesday’s government briefing, Ms Sturgeon said a further 58 deaths of people who had tested positive for the virus had been recorded, bringing the total under that measure to 1,120.

However she said there were “very encouraging” falls in the number of patients in hospital and intensive care.

The Scottish government said work is to be carried out to study how “physical distancing” can be continued in schools, transport, businesses and recreation.

This could involve workplaces and classrooms being redesigned to make social distancing possible – which could mean that not all pupils are able to attend at the same time when schools begin to reopen.

Consideration will also be given to having different measures in place for different geographical areas, sectors of the economy and groups of the population, although Ms Sturgeon said this may complicate messaging.

The paper said “active surveillance” of cases and work to trace and isolate people who have symptoms could be a key part of a post-lockdown approach to containing the virus.

It backs “early and rapid testing to confirm cases” and “tracing of everyone a confirmed case has been in contact with” – noting that “increasing our testing capacity is a critical part of this challenge”.

The paper also said the Scottish government will continue to participate in a “collective decision making process” across the UK, but says “on occasion, expert advice may point to different approaches reflecting the specific circumstances in each country”.

Biden inauguration: New president to be sworn in amid Trump snub

Covid-19: Shielding coming to an end for millions

I am not, by and large, a weed guy. Oh, I have tried, but through substantial trial and error I