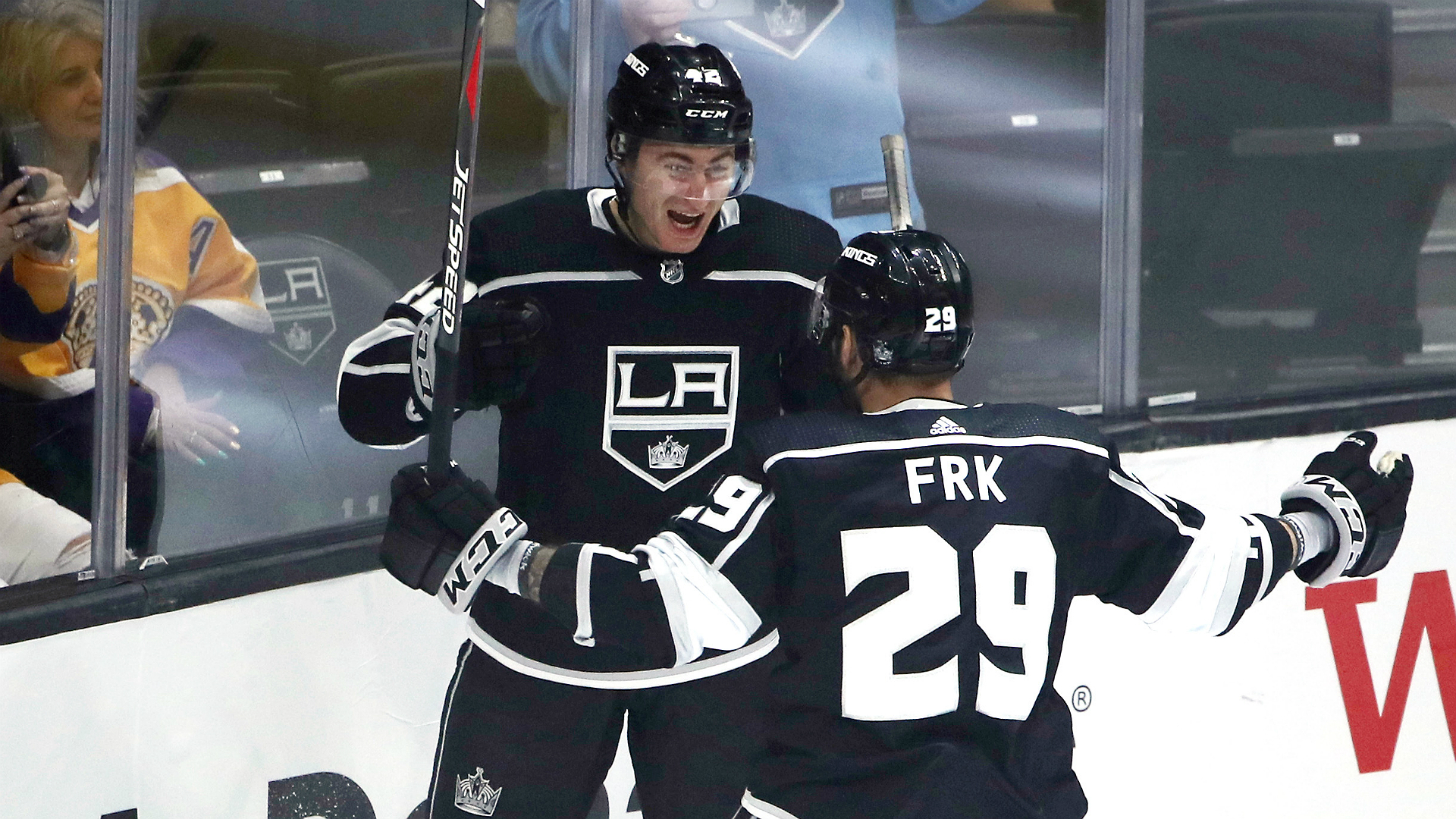 One minute and 16 seconds into the Los Angeles Kings’ game against the Florida Panthers on Thursday night, rookie Gabe Vilardi took to the ice for his first NHL shift. He skated away from the bench and into the Panthers’ zone, where his teammate Kurtis MacDermid was holding up the puck.

Vilardi collected the puck, took one look at the Panthers’ net and fired a shot that beat goalie Sergei Bobrovsky on his glove side. Ten seconds had passed and Vilardi had already scored his first NHL goal.

It was a dream start to an NHL career that at times looked to be in serious jeopardy.

The Kingston, Ont., native has long been a highly touted prospect. Once ranked as the No. 4 skater in North America, Vilardi was selected 11th overall by the Kings in the 2017 NHL Entry Draft. Injury problems kept him from playing for the team’s AHL affiliate for over a year and a half, however. The exact nature of the ailment is unknown, but it has been described on several occasions as a “chronic back injury.”

“You could bend down wrong one day and tie your shoe and have it flare up,” Kings general manager Rob Blake told The Athletic in 2018. “There was no specific item or specific thing that led to it. He just got up one day and was sore.”

The condition was serious enough that the 20-year-old Vilardi spent much of last summer doing rehab work to resolve the issue. After going almost a year without playing a game, Vilardi returned to the ice for the Ontario Reign in November. In 32 games in the AHL, he racked up 25 points (nine goals,16 assists). That was enough to earn him his first NHL call-up on Thursday.

Not satisfied with just a goal in his debut, Vilardi also registered an assist, setting up Marty Frk in front of the net late in the second period. His two points ended up being crucial in a hard-fought 5-4 LA win. At the end of the night, he was rightfully chosen the game’s first star.

After waiting almost 18 months to watch him for the first time, Kings fans can’t wait to see him again. Luckily for them, they’ll have to wait less than 48 hours, when the team takes on the Colorado Avalanche on Saturday night at Staples Center.

Amy Schumer has a parenting hack just for you. The comedian, who welcomed her first child, son Gene, in May, took to