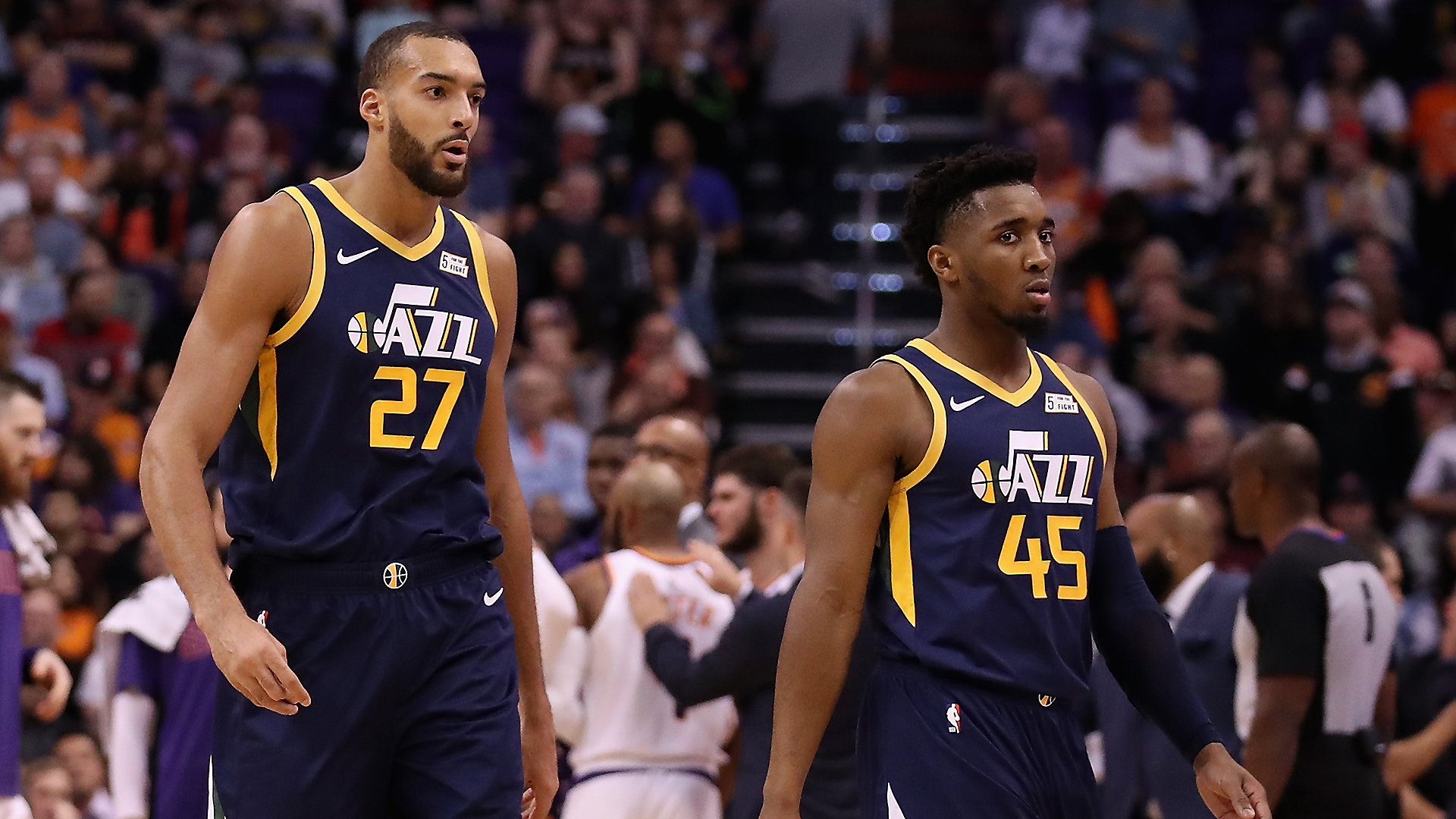 Jazz center Rudy Gobert was the first notable athlete to test positive for the coronavirus (COVID-19). His diagnosis was essentially what shut down the NBA season, starting a domino effect for the rest of the sports leagues across the country.

Shortly after it was discovered Gobert tested positive, his teammate Donovan Mitchell also tested positive for the coronavirus. There’s no real way of knowing how either player came in contact with the virus, but Mitchell was reportedly not happy with the way Gobert conducted himself.

The center infamously touched all of the recorders and microphones from reporters just days before testing positive. A report from ESPN at the time of Mitchell’s diagnosis claimed Gobert had been “careless in the locker room touching other players and their belongings.”

Mitchell also seemed upset at Gobert in an interview he did with “Good Morning America.”

“To be honest with you, it took a while for me to kind of cool off,” Mitchell said when asked if he’s spoken with Gobert since being diagnosed. “I read what he said and heard what he said. I’m glad he’s doing okay, I’m glad I’m doing well.”

Many wondered if Gobert’s attitude toward the virus would impact his relationship with other Jazz players. A report from The Athletic on Friday seems to indicate that’s the case. Shams Charania, Sam Amick and Tony Jones worked on a behind-the-scenes look at what happened when Gobert tested positive for COVID-19 and the aftermath.

The Jazz have already begun working on the Mitchell-Gobert relationship, but sources say Mitchell remains reluctant to fix what might have been broken.

“It doesn’t appear salvageable,” one source with knowledge of the situation said.

The Athletic’s report adds Mitchell “was not happy about the part Gobert played in the entire saga.” The report also notes “there’s no way to know if Gobert gave it to Mitchell or if it was the other way around or some other factor. That’s something the team tried to make clear to Mitchell, according to sources.” (Mitchell declined to talk to The Athletic.)

Jazz teammate Joe Ingles brought up the “GMA” interview when talking about Mitchell and Gobert’s relationship.

“I heard Donovan’s response (on “GMA”), or whatever it was, to that question, and a part of that is on Donovan and Rudy to sort out if he’s frustrated with him or whatever,” Ingles told The Athletic. “But I have no doubt when we go back to training, or when our season starts again, our team is going to be what we have been and what we are. … I’m confident our team will be completely fine.”

At this point, it’s unclear when the 2019-20 NBA season will resume, if at all. But if players do return to the floor in the near future, The Athletic claims Mitchell and Gobert’s relationship is at the top of the list of issues the Jazz need to fix.

16 states have vaccinated at least 50% of their population

The Apple and Epic Games court case is literally bananas

This site may earn affiliate commissions from the links on this page. Terms of use. Sony has announced the PlayStation