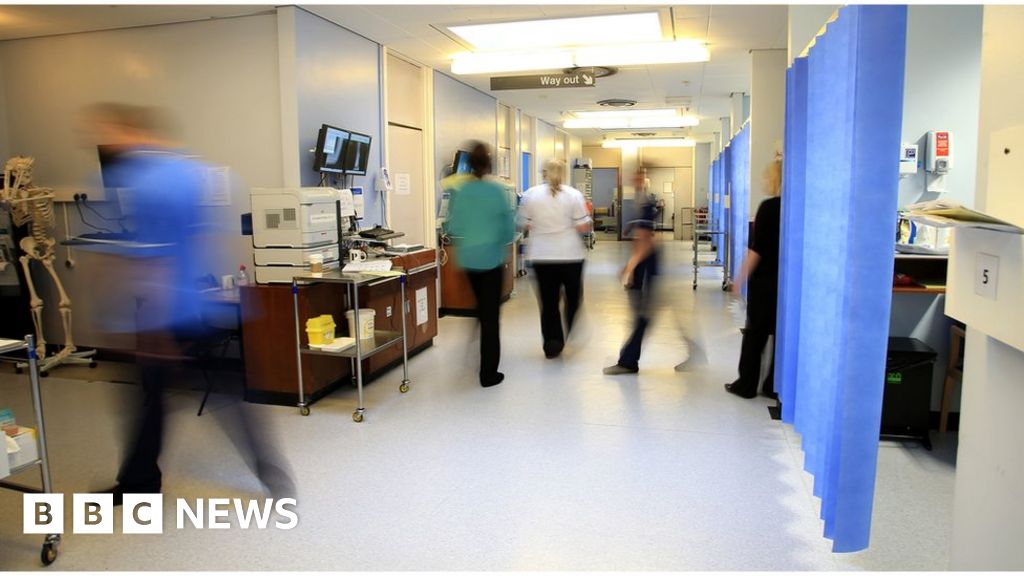 The number of people admitted to hospital with Covid-19 on one day has jumped by nearly a quarter in England.

There were 478 people admitted to hospital on Sunday – the largest daily figure since early June – up from 386.

More than two-thirds of those were in the North West, North East and Yorkshire.

It comes as a further 14,542 cases were confirmed across the whole of the UK on Tuesday. That daily figure has trebled in a fortnight.

Extra restrictions have been introduced in many areas of the UK to try to contain the spread of the virus – including across the whole of Scotland and Northern Ireland.

On top of these national measures, parts of Wales, Scotland, Northern Ireland and areas in the Midlands, Lancashire, Merseyside, West Yorkshire and the North East of England have seen additional rules imposed.

First Minister Nicola Sturgeon said new coronavirus restrictions would be announced on Wednesday – but it will not be another full lockdown.

And households could be banned from mixing in Nottingham after a surge in cases, a city health official has said.

The BBC understands that the government will push ahead with a new “three-tier” approach to restrictions in local areas of England, in an effort to replace the patchwork of existing measures.

Under the system, local areas would be put under one of three levels of restrictions based on the number of cases per 100,000 people.

However, the mayors in Leeds, Liverpool, Newcastle and Manchester – where cases are soaring – said a “more nuanced approach” than this was needed in a letter to the health secretary.

The current restrictions “are not working, confusing for the public and some, like the 10pm rule, are counter-productive”, they said.

They are demanding more powers for local police and councils to try to address the rising infection rates “based on local knowledge”.

“Our response should consider broader local impacts than absolute numbers of infections: impacts on jobs and business; effects on poverty and deprivation; and relative infection rates in different sections of the population,” they said.

As always, we should be cautious about reading too much into one day’s change.

But of all the measurements of Covid, hospital admissions are perhaps the most reliable and they had been rising quite gradually before the jump on Sunday.

Sadly, we should expect cases to continue rising.

This is the time of year when emergency admissions for respiratory illness do go up.

In a normal year, we can expect 1,000 admissions a day for flu and respiratory viruses by December.

What we don’t know is to what extent the normal illnesses are adding to this Covid total.

These new admissions mean about 3% of hospital beds are now occupied with Covid patients.

There are reports that hospitals, particularly in northern England, are very busy.

But elsewhere beds are free. The reduction in other services, from cancer care to routine operations, means bed occupancy levels are about a quarter lower than normal.

However, unions would point out that a shortage of staff means there are not always the doctors and nurses available to care for patients.

In total, nearly 2,800 patients are in hospital with Covid in England, compared with over 17,000 at the epidemic’s peak.

There were also 349 patients in mechanical ventilation beds.

And latest hospital admissions figures released, for Sunday, show there were 478 new patients admitted – the highest daily figure since 3 June.

In Wales, 92 admissions were recorded on the government’s coronavirus dashboard – but that figure includes people who are suspected to have coronavirus, as well as those who have tested positive. There were no admissions in Northern Ireland.

A further 76 people have died within 28 days of testing positive, the government said.

Meanwhile, the government won a vote on retaining the “rule of six” in England by 287 votes to 17.

Among the MPs who voted against it were 12 rebel Tories, one of whom called it a “massive intrusion” into people’s lives that does not “make sense”.

The prime minister’s spokesman earlier described it as a “sensible and helpful” measure.

US election: Joe Biden pushes forward with plans for office

Coronavirus: EU and UK try to end row with ‘win-win’ on vaccines

Amazon Prime Day 2020 Is Coming. Here’s What to Expect.

This year sucks. It's a pile of bad. A mountain of awful. Online shopping for expensive stuff briefly made less