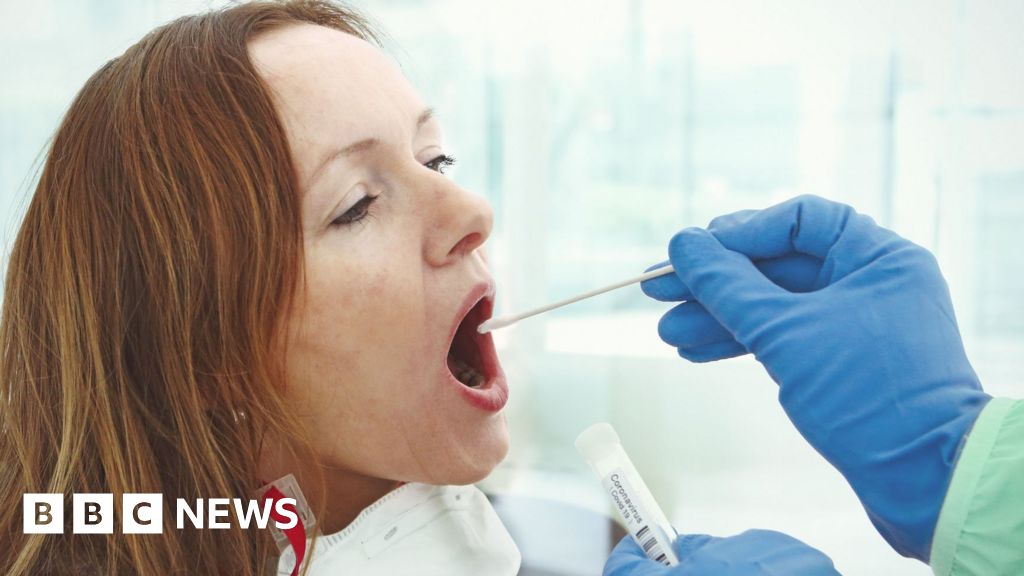 Coronavirus tests are to be carried out on more people in the government’s monitoring programme to get a better idea of the spread of the virus.

The Office for National Statistics’ Infection Survey will test 150,000 people a fortnight in England by October, up from 28,000 now.

The survey is separate from the mass testing programme of people with symptoms to diagnose cases.

For the survey, a random sample of the general population is tested.

That means it can provide estimates for the true spread of the virus.

Some people do not display symptoms when they are infected so the daily totals are an underestimate of the amount of infection that is around.

As part of the expansion of the programme, data will also be gathered in Wales, Northern Ireland and Scotland.

Health Secretary Matt Hancock said the survey was the “single most important tool” the government had for making policy decisions around coronavirus because it helped it understand how the disease was spreading.

Speaking on BBC Breakfast, Mr Hancock said expanding the ONS survey would allow the government to be “more accurate and more localised” in its response.

He added that it would help the government with its “biggest challenge”, which was finding people who were asymptomatic but could still pass the virus on.

It tests thousands of people in households representative of the population, whether or not they have coronavirus symptoms.

The results help experts estimate the weekly reproduction (R) number and growth rate of the virus – which tells us if new coronavirus infections are rising or shrinking.

The survey also provides important information about the socio-demographic characteristics of the people and households who have Covid-19.

According to last week’s results, coronavirus cases across England appear to be levelling off, with an estimated one in 1,900, or 28,300 people currently infected.

At the start of the pilot study, led by the ONS and the University of Oxford in partnership with the Department for Health and Social Care, around 20,000 households were invited to take part, with the aim of achieving data from around 10,000 households.

Since the end of May, additional households have been invited to take part in the survey each week (roughly 5,000 a week), with an additional 15,000 households contacted in July.

By beefing up the numbers participating, the ONS will be able to assess what is going on in much greater detail.

Professor Sir Ian Diamond, the UK’s National Statistician, said that the survey would be the biggest of its kind in this country.

“Vigilance is key to containing this pandemic and the extra data on the spread of infections and antibodies at local level will be invaluable to the planning of effective local responses.”

Prof Sarah Walker, of Oxford University, who is a co-leader of the survey, added: “The added numbers will give us an awful lot of information about how this is all going to play out over the next six months.

“The key question is ‘can I get it again?’ and because we are going back to households and because we will have enough people we can answer that question, not just overall, but by age, geneder and ethnicity.”

The extended survey should be up and running by October when government experts are expecting there to be surges in infection.

People who take part have routine nose or throat swabs to see if they currently have coronavirus.

The survey currently has 60,000 people enrolled – not all of them are tested every fortnight.

The aim is to increase this to 400,000 people across the entire project in England, and there will be proportionate increases in Scotland, Wales and Northern Ireland.

This site may earn affiliate commissions from the links on this page. Terms of use. A few years ago, we