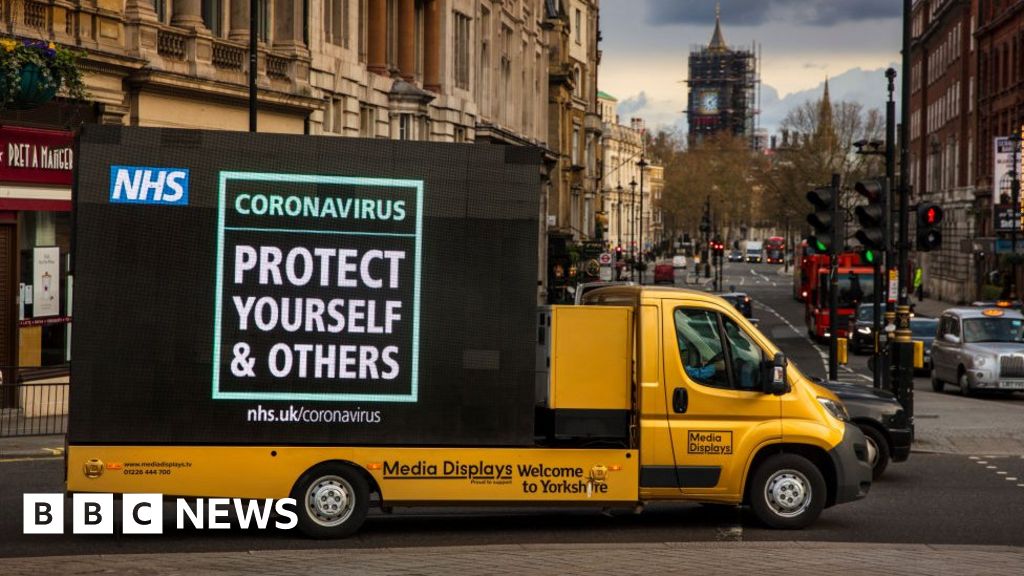 More than one in five deaths in England and Wales is linked to coronavirus, figures show.

The Office for National Statistics data showed the virus was mentioned on 3,475 death certificates in the week ending 3 April.

It helped push the total number of deaths in that week to more than 16,000 – a record high and 6,000 more than expected at this time of year.

Normally the number of deaths falls as winter ends.

This is because there is less flu circulating.

ONS official Nick Stripe said it was clear the coronavirus pandemic had reversed that trend, saying the rising number of deaths was “hugely significant” given it had happened at the start of April.

“This is not normal,” he added.

But what is not clear is what else is contributing to this spike in deaths – the coronavirus cases contributed just over half of the “extra” 6,000 deaths.

It could be that cases of coronavirus are going undetected or other factors related to the lockdown and outbreak are having an impact, such as people not seeking treatment for other conditions or mental health deaths going up.

The 16,000 weekly deaths is the highest number seen since the ONS started publishing data in 2005 and tops the highest toll during the 2015 flu outbreak, the most severe of recent years.

The ONS data lags behind the daily death figures reported by the government.

This is because it relies on death certificates, which are only often registered some days after the death, whereas the government figures are compiled from confirmed cases of deaths of patients who have tested positive for coronavirus, which can be gathered more quickly.

The fact the government figures rely on deaths where a patient has tested positive – and in England and Northern Ireland this only covers hospital patients – has led to suggestions there has been an under-reporting of deaths in care homes and other community settings.

The ONS data does look at deaths elsewhere and shows that one in 10 coronavirus deaths this year have been in the community – half, just over 200, have been in care homes.

But care sector leaders are warning the true toll in care homes is much greater.

Age UK says the virus is “running wild” in care homes with Care England, the umbrella body for care homes, estimating there have been nearly 1,000 deaths.

If the reports are right it could be that there has been a spike in deaths over the past fortnight or that death certificates are not picking up all the cases.

What is being said about care home cases?

They have also called for a daily update on the situation.

It comes after the government confirmed there had been coronavirus outbreaks at more than 2,000 care homes in England – although they did not specify the number of deaths that had occurred.

“The current figures are airbrushing older people out like they don’t matter,” Caroline Abrahams, of Age UK, said.

Why Hannah Brown Is Feeling “Triggered” By This Bachelor: Listen To Your Heart Contestant

The Bachelor's new show The Bachelor Presents: Listen to Your Heart premiered on Monday and fans already think they've met this