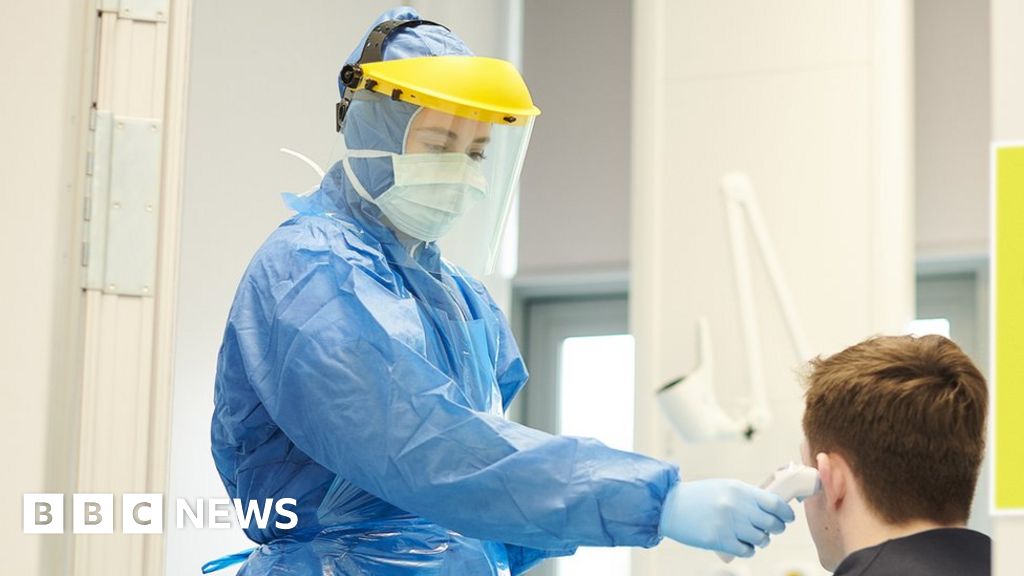 There is “relatively low confidence” a delayed delivery of 400,000 protective gowns will arrive on Monday, a senior NHS figure has said.

The consignment had been expected to arrive from Turkey on Sunday.

Chris Hopson, chief executive of NHS Providers, told the BBC there was “no doubt” some hospital trusts already had shortages of the gowns, which protect those treating coronavirus patients.

A minister said he was “hopeful” the Turkish flight would leave on Monday.

Culture Secretary Oliver Dowden said the government was “working very hard” to resolve the issue but added there had been “challenges at the Turkish end”.

“I don’t want to start making more and more promises but I understand that flight will take off this afternoon and those [gowns] will be delivered,” he told BBC Breakfast.

Another 25 million gowns from China had also been procured and the UK would be “getting those shortly as well”, he added.

The prime minister’s spokesman said delivery of gowns in particular was “pressured at the moment” and there was a “global supply problem”.

He said the government was working to ensure the shipment is “delivered as soon as it is ready” but it was not only reliant on Turkey and had “plenty more orders lined up and expected”.

First Minister Nicola Sturgeon said Scotland currently had “adequate stocks” of all the main items of PPE but gowns were one of the items “under most pressure”.

Mr Hopson, whose organisation represents healthcare trusts across England, said if the delayed consignment from Turkey did arrive on Monday it would “probably arrive very late on in the day”.

“It just illustrates that we need to be careful about focusing on individual consignments,” he told BBC Radio 4’s Today programme.

“Bitter experience over the last few weeks has shown until a consignment of gowns has actually landed – that the boxes have been checked and the equipment’s been tested – the NHS simply can’t count on the gowns being available at the front line.”

Mr Hopson gave the example of an expected consignment of 200,000 gowns from China which actually only contained 20,000 gowns when it arrived last week.

“We know that with other orders, when the boxes were opened up and it said on the outside ‘gowns’, when you opened it up, they were actually masks,” he said.

“But I suppose the question we will need to ask when all this is over is, actually, was the pandemic stock reserve that was meant to tide us over correctly configured?”

Mr Hopson added that while the 400,000 gowns from Turkey would be welcome, NHS staff were getting through approximately 150,000 gowns a day.

“What we really need to get to is from the current rather hand-to-mouth approach to where sustainable supplies consistently and reliably arrive,” he said.

The delay to the consignment is a real worry, both in the short and long-term.

It is clear the pandemic stocks we have been largely relying on to date are running out, at least in terms of gowns and visors.

It has left us depending on international supply – certainly for gowns – as we do not seem to be able to manufacture them ourselves.

Given the international demand for them, this threatens to be an on-going issue that could cause problems for months to come.

Staff are understandably worried – they are putting their lives at risk.

Ministers and their officials are clearly working hard to do what they can.

But in the future, serious questions will need to be asked about why this situation has arisen in the first place.

The NHS Confederation, which represents organisations across healthcare, said delays on the shipment from Turkey make “a difficult situation worse”.

Its chief executive Niall Dickson said “it would have been better had the government not made the announcement in the first place” regarding the order. He added that staff would need to make their own assessment over whether they felt safe with the PPE currently on offer.

Public Health England changed its advice on Friday to allow the NHS to re-use gowns if stock was running low, saying “some compromise” was needed “in times of extreme shortages”.

Mr Hopson said some trusts had taken to washing fluid-repellent gowns at 60C and had found, when washed a maximum three times, they remained resistant.

One NHS trust in Essex told the BBC it was looking at the possibility of decontaminating gowns so they could be reused.

Clare Panniker, chief executive of Mid and South Essex NHS Foundation trust, said the trust could find itself “in a difficult situation in the coming days and weeks” because of a national shortage of gowns.

“Initial trials have taken place and are looking extremely positive – they remain fully fluid-resistant,” she said.

“While we have not yet started to reuse gowns or coveralls, trialling this procedure is a sensible and responsible step to take so we can be fully prepared.”

The BBC has identified 70 healthcare workers who have died with coronavirus since the start of the outbreak.

Those from black, Asian and minority ethnic backgrounds represented 42 out of 60 deaths, where it was possible to establish ethnicity.

The number of people who have died in UK hospitals with coronavirus has passed 16,000, with a further 596 deaths announced on Sunday.

The figure does not include those who died in care homes or in the community.

BBC health correspondent Nick Triggle said while Sunday’s figure was the lowest for nearly two weeks, figures often dropped at weekends because of delays in reporting and recording deaths.

Meanwhile, The Duke of Edinburgh has made a rare public statement, praising those helping to tackle the pandemic and keep essential services running.

In his message, published online, the duke said: “On behalf of those of us who remain safe and at home, I also wanted to thank all key workers who ensure the infrastructure of our life continues.”

HS2: Government to give high-speed rail line the go-ahead

Dominic Lipinski/PA Wire Prince Harry and Meghan Marklewill no longer "engage" with four major UK tabloids including the Mail, the Sun, the