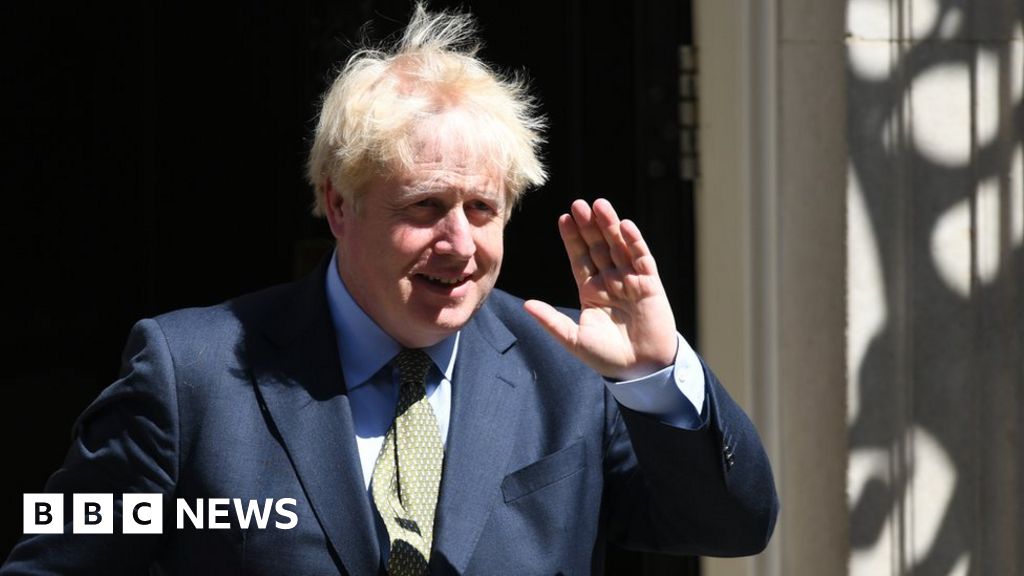 The response to the coronavirus pandemic has shown the “sheer might” of the UK union, Boris Johnson has said ahead of Thursday’s visit to Scotland.

The trip, a year on since he became PM, will see Mr Johnson meet members of the armed forces and their families.

He said troops had done “vital work” to support the NHS during the pandemic and praised Treasury job retention schemes.

But the SNP said the visit showed Mr Johnson was “in a panic” about rising support for Scottish independence.

Scotland’s First Minister Nicola Sturgeon said she had no plans to meet Mr Johnson, but that she would continue work with his government on the “immediate priority” of tackling coronavirus.

Mr Johnson said he “pledged to be a prime minister for every corner of the United Kingdom”, adding that the response to the pandemic had shown his government’s commitment to the whole of the UK.

The UK government has coordinated much of the UK’s economic response to the virus, including the coronavirus job retention furlough scheme.

But devolved governments have had control over most public health measures and have been able to set country-specific timetables and messaging.

Although the whole of the UK entered lockdown in the same week, each constituent part has eased restrictions in a different way and at a different rate.

Phase 3 of Scotland’s “route map” out of lockdown began last week, as pubs, restaurants, hairdressers and barbers were allowed to reopen.

They were allowed to reopen in England slightly earlier on 4 July, along with holiday accommodation – including hotels, B&Bs, cottages, campsites and caravan parks.

Mr Johnson said ahead of his visit: “The last six months have shown exactly why the historic and heartfelt bond that ties the four nations of our country together is so important and the sheer might of our union has been proven once again.

“In Scotland, the UK’s magnificent armed forces have been on the ground doing vital work to support the NHS, from setting up and running mobile testing sites to airlifting critically ill patients to hospitals from some of Scotland’s most remote communities.

“And the UK Treasury stepped in to save the jobs of a third of Scotland’s entire workforce and kept the wolves at bay for tens of thousands of Scottish businesses.

“More than ever, this shows what we can achieve when we stand together, as one United Kingdom.”

The UK government said the furlough and self-employment schemes had supported 900,000 jobs in Scotland.

The PM is also to set out details of a £50m funding package for Orkney, Shetland and the Western Isles, the latest in a series of “city and region deals” which see the Scottish and UK governments each pledge cash to various areas for spending on new infrastructure and local development schemes.

The Scottish government is also committing £50m to the “Islands growth deal”, which will target sectors including tourism, energy and skills.

The timing of Mr Johnson’s visit comes amid a “perfect storm” over Scottish independence, according to Sir Tom Devine, an emeritus professor of Scottish history at Edinburgh University.

Sir Tom told BBC Two’s Newsnight the union is in its most fragile condition since 1745, and that opinion polling suggesting increasing support for independence in Scotland has been consistent for some time.

Newsnight’s political editor Nick Watt added that a senior SNP source had told him they believed the party’s moment “is at last arriving”.

At Prime Minister’s Questions on Wednesday, the SNP’s Westminster leader Ian Blackford said Mr Johnson was visiting due to recent polls suggesting support for independence was on the rise.

He said: “Yesterday the Tory party held a political cabinet with the prime minister in a panic about the majority in increasing support for Scottish independence. Apparently their great strategy amounts to more UK cabinet ministers coming to Scotland.

“Can I tell the prime minister – the more Scotland sees of this UK government, the more convinced they are the need for Scotland’s independence.”

At her coronavirus briefing on Wednesday, the Ms Sturgeon said she had “no plans” to meet Mr Johnson on this trip, but is “always happy to meet the prime minister if he wants to do so”.

She added: “We’re all very focused on the immediate priority of continuing to suppress Covid and I look forward to working with the UK government on that basis.

“We have got our political disagreements, and disagreements over aspects of Scotland and the UK’s future, and I’m sure we’ll continue to discuss those constructively as well.”

Ms Sturgeon has previously suggested that her government’s response to the pandemic was helping convince Scots of the merits of independence.

Welcome to Memory Card. Here, we embark on one final—maybe even fatal—playthrough of the forgotten games of our past. Just