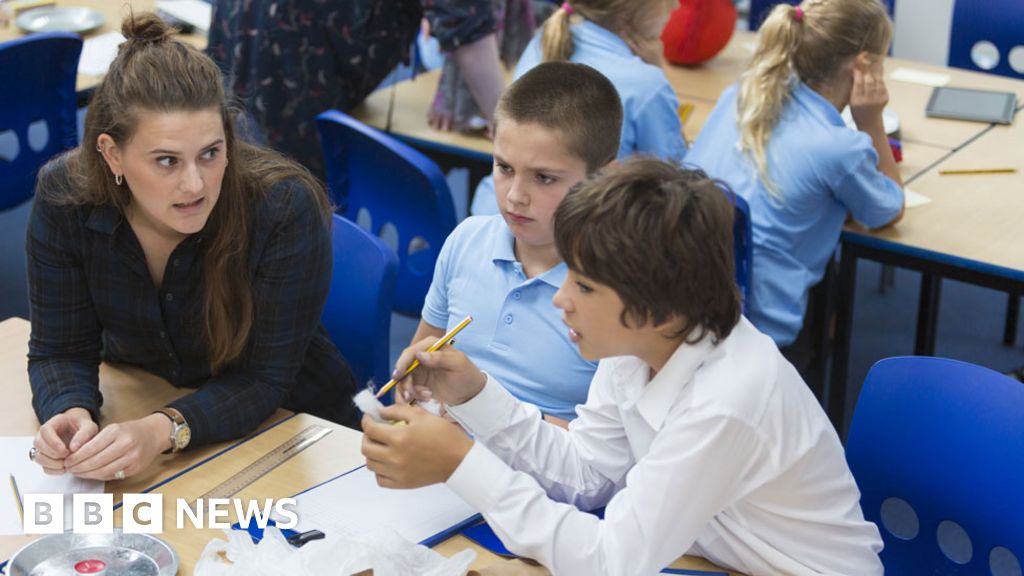 One of the biggest academy trusts in England says it will go ahead with opening all its 35 primary schools on 1 June.

Steve Chalke, founder of the Oasis trust, says opposition to the reopening of schools is “rather middle class”.

An alliance of teachers’ unions warned it is not yet to safe to open schools.

But Mr Chalke says the union advice is “lopsided” and fails to recognise the harm to disadvantaged children from missing school.

The move by the Oasis academy trust follows a week of arguments over the safety of primary schools beginning to return from 1 June.

Teachers’ unions have said it is not realistic to open schools safely by that date.

But Education Secretary Gavin Williamson told MPs this week that opening schools was the “responsible” course of action – and rejected “scaremongering” over safety.

“The best place for children to be educated and to learn is in school,” he said.

Mr Chalke, whose schools on average have 45% of children eligible for free school meals, said: “The greatest risks for many of our children are being stuck in a council block, with no fresh air, no exercise, little or no nutritious food.”

Many of their pupils “live in cramped conditions with little digital access” and so will struggle with schools only operating online, he said.

Mr Chalke said the schools would not be “forcing anyone to attend”, either pupils or staff, and that he “respects the union’s opinion”.

He said safety measures would be in place, but the “long-term social cost” of not opening will “outweigh any short-term medical risks”.

This was rejected by Patrick Roach, general secretary of the NASUWT teachers’ union, who said the “primary consideration is the health and safety of teachers and pupils”.

“We want schools to be able to reopen when they can demonstrate that it is safe to do so,” he said.

The NASUWT is one of nine unions which issued a joint statement calling on the government to “step back” from opening schools from 1 June, because it was still not clear that it was safe.

The leaders of teachers’ unions are set to meet the government’s chief scientific advisers on Friday – giving them the first chance to put questions directly about the evidence behind the decision to reopen schools.

It follows a series of challenges to the Department for Education to publish the scientific advice showing that a return to school would not increase the risk of spreading the virus.

“It is important to understand that we’re not trying to impede the reopening of schools. We very much want to see children back in classrooms,” said Geoff Barton, leader of the ASCL head teachers’ union.

“But we have always said that the time must be right, and there must be a clear, and robust set of guidance which ensures that this can be done in a way which is safe.”

There is also a call from the Local Government Association for councils to have the power to close schools and nurseries if local clusters of the virus appear.

“Councils need to be able to close provision where testing indicates clusters of new Covid-19,” said Judith Blake, chairwoman of the association’s children and young people board.

In Wales, the First Minister Mark Drakeford has said schools would not open on 1 June.

In Scotland, it is not expected that schools will re-open before the summer holidays.

In Northern Ireland, Education Minister Peter Weir has spoken of a possible phased return of schools in September.

Bank of England: Economy to rebound strongly due to vaccine

This site may earn affiliate commissions from the links on this page. Terms of use. The Epic Game Store has