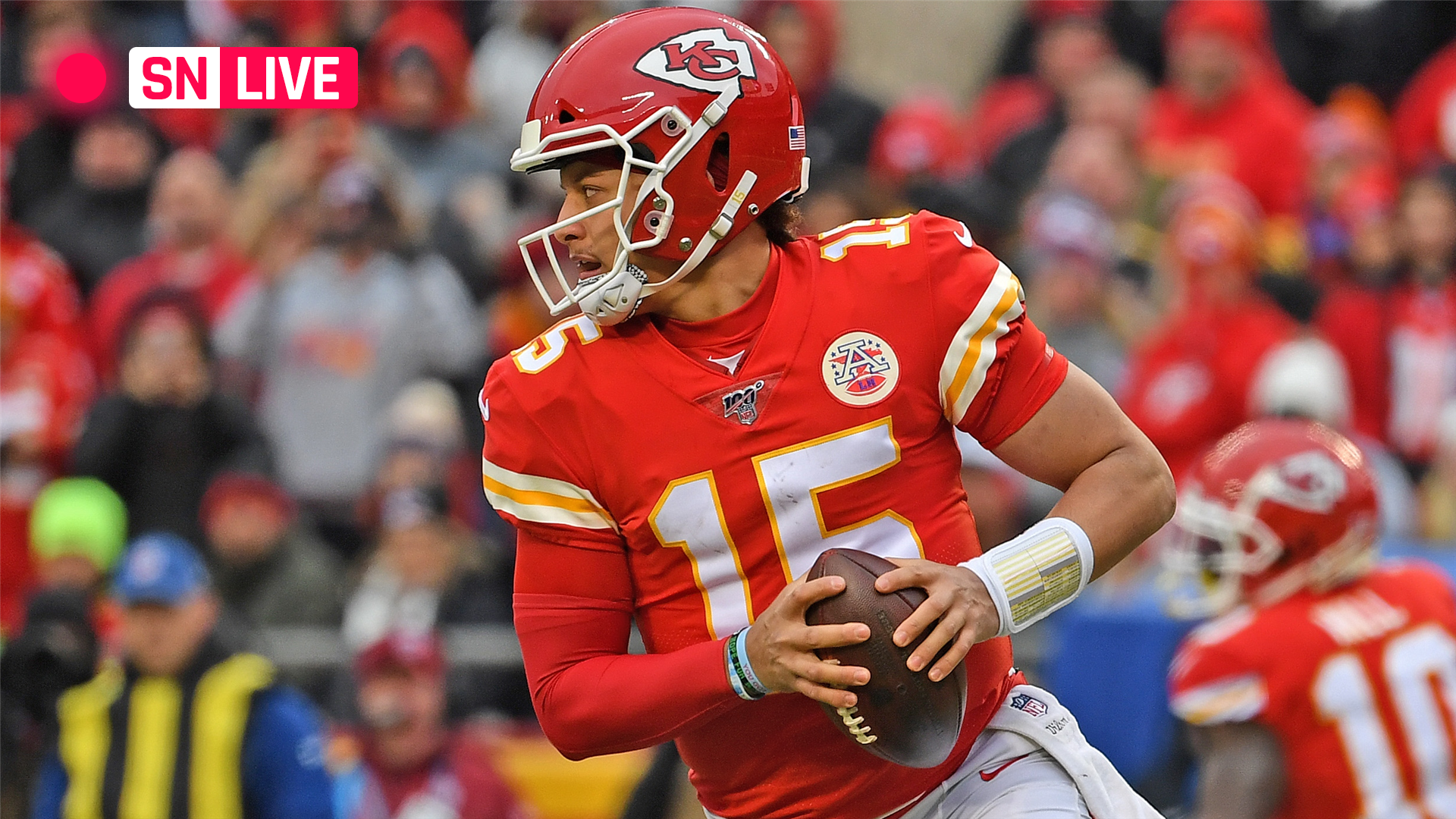 The road to Super Bowl 54 might run through Chiefs Kingdom.

The Chiefs are one win away from hosting the AFC Championship game, and they’ll have home-field advantage to take care of it, facing the Texans in Arrowhead Stadium on Sunday afternoon.

Kansas City overcame a lot during the 2019 season; Patrick Mahomes’ magic knee helped skirt past a major injury, Tyreek Hill dodged a season-ending injury, the defense was poor — but KC is peaking at the right time, and that could mean wonders for Andy Reid and the rest of the franchise, looking for their first title win in 50 years.

CHIEFS vs. TEXANS PICKS:
Against the spread | Straight-up predictions

But take nothing away from the Texans, who pulled off a gritty, gutsy win over the Bills in the wild-card round, eking out the 22-19 overtime W. This week, they should have an unrestricted J.J. Watt, whose return to the Houston D-line was limited by a pitch count.

Whoever wins faces the Titans, who are currently making a Cinderfella run through the playoffs. The Titans knocked off the 12-win Patriots and the 14-win Ravens during their semi-miraculous playoff run, and could play the role of giant-killer once again en route to the Super Bowl.

Sporting News is tracking live scoring updates and highlights from Chiefs vs. Texans in the NFL divisional round playoff game. Follow along below.

4:04 p.m. KANSAS CITY SCORING PLAY: Touchdoooooooown Kan-sas City! Damien Williams grabs a TD and the Chiefs get on the board. 24-7 in the second.

4:03 p.m.: Mecole Hardman with a big-time return and Travis Kelce with a catch and he is trying to get this team pumped up. Chiefs inside the red zone.

3:58 p.m. HOUSTON SCORING PLAY: Fairbairn kicks a 31-yarder and the Texans take a 24-point lead early in the second.

3:54 p.m.: Credit to Houston right now, who can do no wrong: they’re moving the ball and playing ferocious defense. Knocking on the door of another score.

3:48 p.m.: This has been a miserable first quarter for the Chiefs. Dropped passes, miscues and just sloppy play. Still plenty of game left, but KC needs to get something done quick.

3:38 p.m. HOUSTON SCORING PLAY: Watson finds Darrin Fells for a touchdown over the middle. Texans up 21-0, still some time left in the first quarter.

3:36 p.m.: Tyreek Hill was back for the punt return — and he muffs the punt. Houston gets the ball back at the 5-yard line. Just surreal.

3:27 p.m.: Chiefs punt the ball away after a decent looking drive. Mahomes and the offense victimized by another bad drop that would have had the first down.

3:22 p.m.: Chiefs get another shot here, with 10:01 left in the first quarter. Not the start Kansas City wanted but plenty of time left in this one.

3:18 p.m. HOUSTON SCORING PLAY: Holy cow. The Texans block a punt and bring it back for a touchdown. Texans up 14-0 early. Stunning.

3:10 p.m.: Injury timeout, as Texans right guard Chris Clark is struggling to get to his feet. Took a few steps and went right back down. Not a great start.

3:08 p.m.: Needless to say, Arrowhead Stadium is loud, and the Chiefs’ defense is amped up. Flying around early in this one.

3:01 p.m.: We are just a few minutes away from kickoff. One team will walk out a game closer to the Super Bowl, another will just walk out of here.