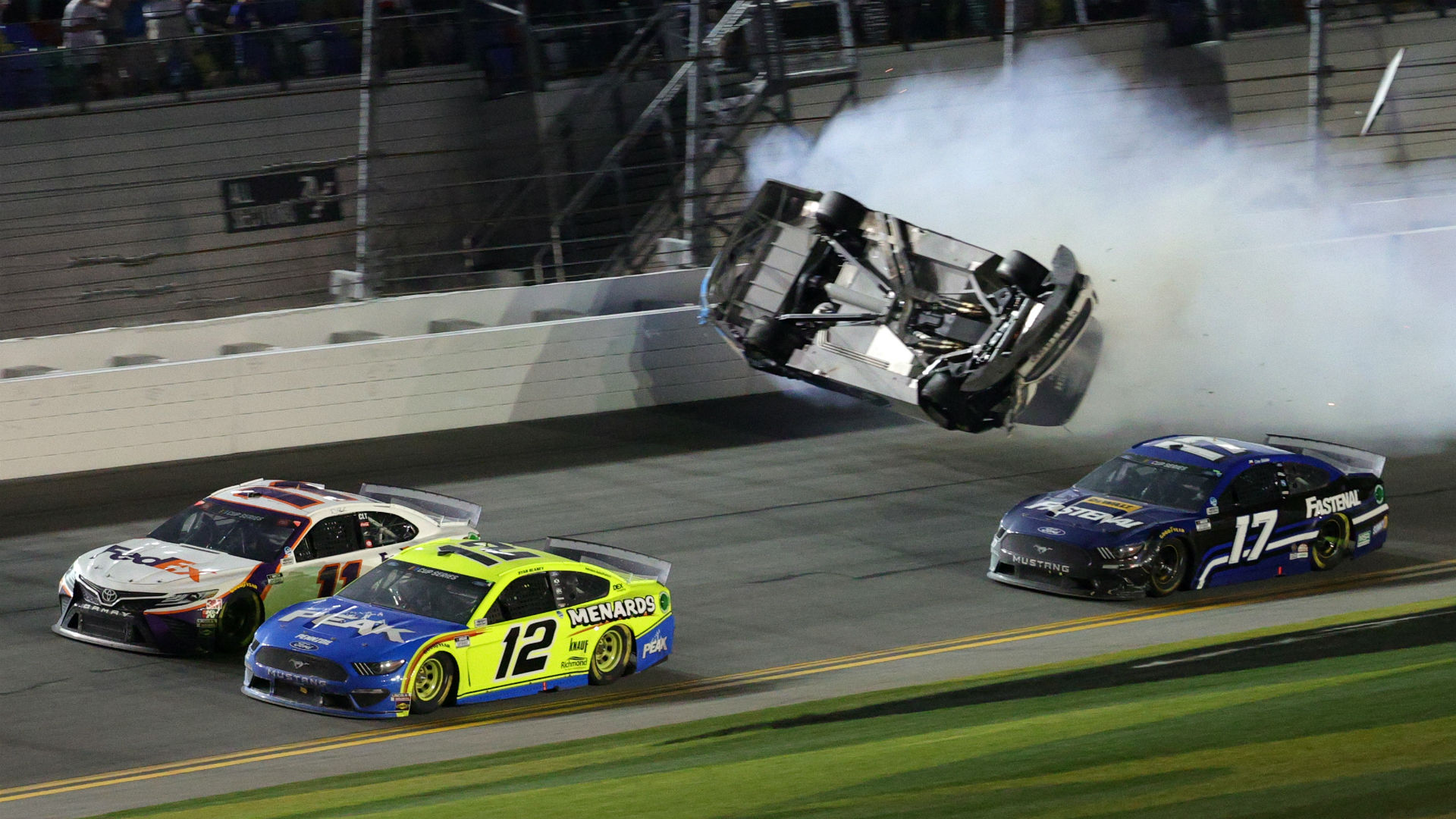 The driver who won the 2020 Daytona 500 was the same driver who won last year’s Daytona 500. Yet, in the hours after Denny Hamlin beat Ryan Blaney to the checkered flag in a photo finish Monday, nobody in the NASCAR world cared about the No. 11 Joe Gibbs Racing team’s victory.

As Hamlin and Blaney were racing to the checkered flag on the last lap, Ryan Newman was sent flipping and crashing after colliding with Blaney and spinning into the outside wall. Newman was removed from his car by NASCAR’s safety/medical crew and immediately taken to nearby Halifax Medical Center. A couple hours later, NASCAR announced Newman was in serious condition, but his injuries were considered non-life threatening.

Here is the final lap of the Daytona 500 in which Ryan Newman’s car was flipped at the line.

We will continue to keep you updated on his status as we learn more. pic.twitter.com/qkEwQBpoP0

After pulling even with Blaney on the final stretch, Hamlin beat the driver of the No. 12 Team Penske Ford to the line in the second closest finish in Daytona 500 history — 0.014 seconds. Hamlin, of course, also won the closest finish in Daytona 500 history; he beat Martin Truex Jr. to the checkered flag in 2016 by 0.01 seconds. Last year, Hamlin finished a car length ahead of JGR teammate Kyle Busch to win his second Daytona 500.

The $ 23.6 million 2020 Daytona 500 purse is the highest in American motorsports history. The amount Hamlin will get from that purse is undisclosed, but based on the earnings of previous Daytona 500 winner (almost 9 percent), we can guess he’ll earn a little more than $ 2 million.

Kyle Busch retired from the race with 16 laps to go due to engine failure. A massive crash on Lap 184 collected 19 cars and knocked Jimmie Johnson, Brad Keselowski, Kurt Busch, Martin Truex Jr. and other contenders out of the race.

William Byron was knocked out of the race by a single-car crash. On Lap 58, he was bumped by Ricky Stenhouse Jr. on the backstretch and sent spinning into the inside fence.

Vikings’ Kirk Cousins gets statement win at last, much to the delight of Mike Zimmer

Is there a NASCAR race today? Schedule updates for postponed Cup Series races

This site may earn affiliate commissions from the links on this page. Terms of use. The release date on Final