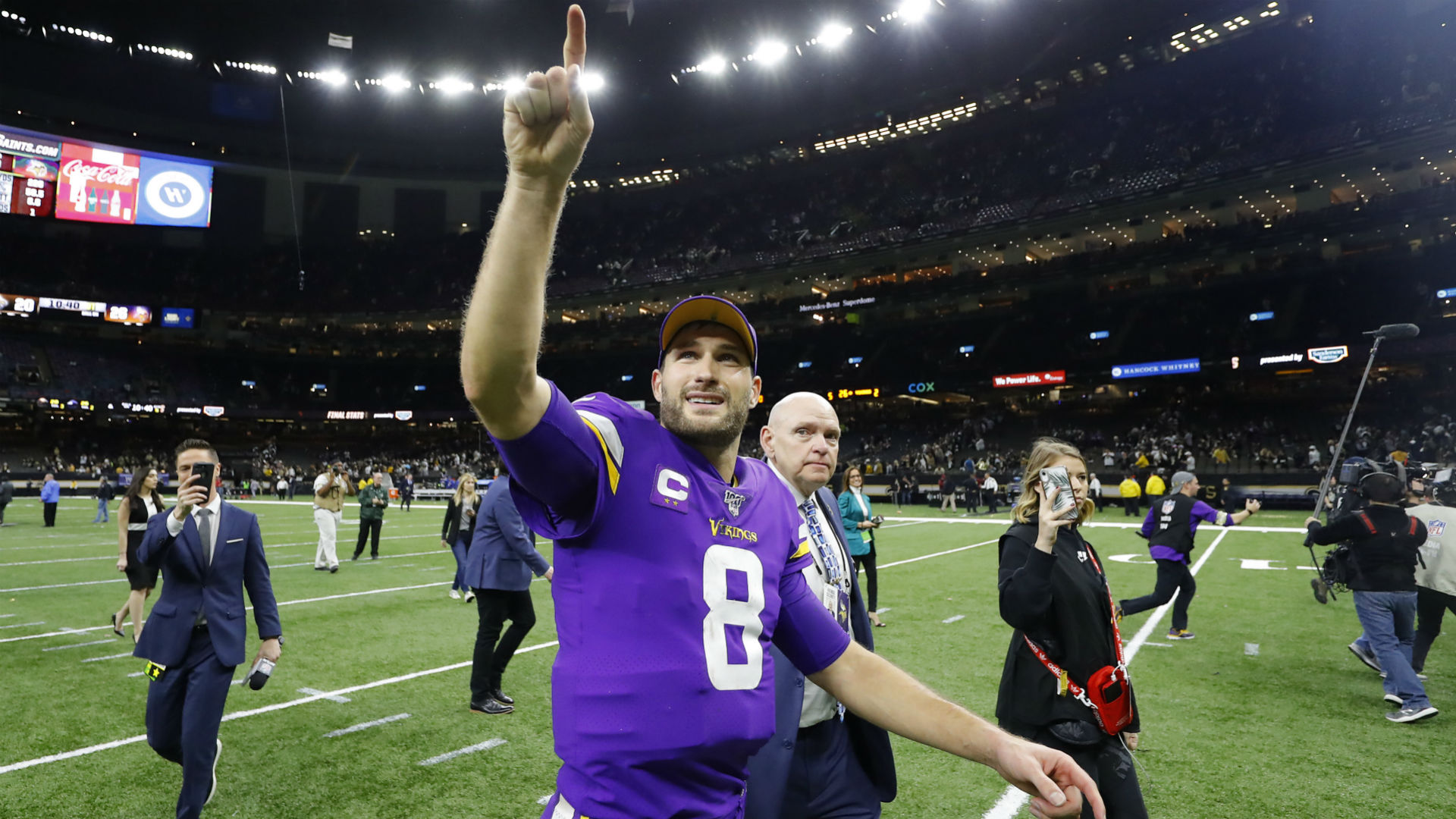 Mike Zimmer was pleased Kirk Cousins was able to silence some of his critics by steering the Vikings to a stunning playoff win over the Saints.

Cousins engineered a game-winning drive at the start of overtime in the wild card clash, capping it off with a four-yard pass to tight end Kyle Rudolph at the back of the end zone. The successful throw clinched an upset 26-20 triumph for the Vikings on the road, meaning they move on in the postseason to face the San Francisco 49ers next.

Cousins’ career has been blighted by suggestions he struggles in big games, yet Zimmer felt his starter showed he can thrive under pressure, keeping Minnesota’s season alive in the process.

“They said he can’t win a playoff game. He’s only been in two, so he’s 50 percent — that’s better than most people,” Zimmer told the media. “I thought he took care of the ball really well today and made good decisions. They had some heat on us, so he had to make some great decisions. He has to go out and prove it again next week, just like we all do.

“Kirk’s a good player. The team rallied around him, they’re happy for him.”

Cousins rejected the opportunity to hit back at the doubters during his news conference, saying: “I’m just thrilled we won a playoff game.”

The Vikings had let slip a 10-point lead in the fourth quarter, Wil Lutz’s field goal with two seconds remaining levelling the contest.

However, once in overtime, Zimmer was determined to make sure his team capitalised on having the ball first, knowing a touchdown would send them through to the next round.

“We didn’t want to leave anything in the bag. We had a chance to go down and score and win, and that’s what we were trying to do,” he said.

On the throw to Adam Thielen that set up the touchdown, Zimmer added: “It’s a play we’ve used before – it’s a great throw by Kirk and a great catch by Adam. You’ve got to take your shots when you’re trying to win a playoff game.”

Antonio Brown and the Raiders: A timeline of AB’s drama-filled summer in Oakland, from intro to release

Eduardo Munoz AlvarezGetty Images It's official: The federal government has orchestrated a nationwide ban on vaping products in vape shops,