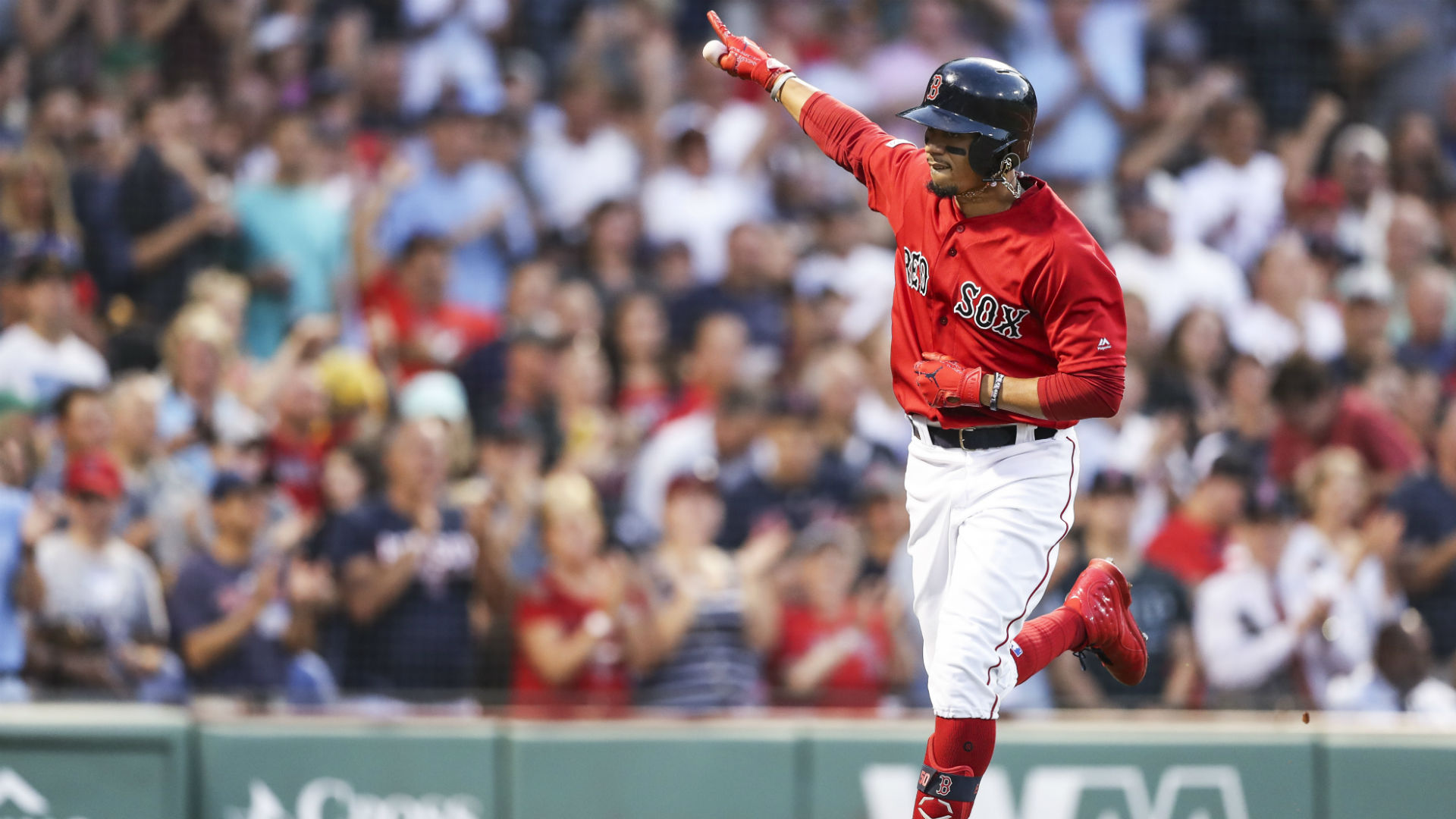 It’s one of the oldest clichés in baseball lore – a superstar meets an ailing young fan before a game, and the fan implores his hero to hit a home run.

That scenario unfolded at Fenway Park on Friday night, albeit with a unique twist, as Boston Red Sox slugger Mookie Betts met 10-year-old Nico Sapienza through the Make-A-Wish Foundation.

Sapienza hoped Betts would hit a home run, and the reigning AL MVP delivered much more than that, crushing three homers and a double in a 10-5 victory over the New York Yankees. The home runs came in Betts’ first three at-bats, against New York starter James Paxton.

“I’m glad he came,” Betts said about meeting Sapienza (via MassLive.com). “He was our good-luck charm. He’s a great kid. I think him and his family had fun down in BP (batting practice). I think if I can kind of use the platform that I have to make people smile like that, then I know I’ve done something well.”

“He’s a guy that has a great heart,” Cora said about Betts. “For him to walk him around and meet everybody, it was a great day for everybody. I know that Mookie feels good about what happened. I don’t know if he promised anything. But if he did promise one (homer), it was a great night for everybody that was involved.”

Hall of Famer Julie Foudy: ‘Equal pay’ fight by Megan Rapinoe, USWNT about so much more

Medical News Today: What does period blood smell like and why?