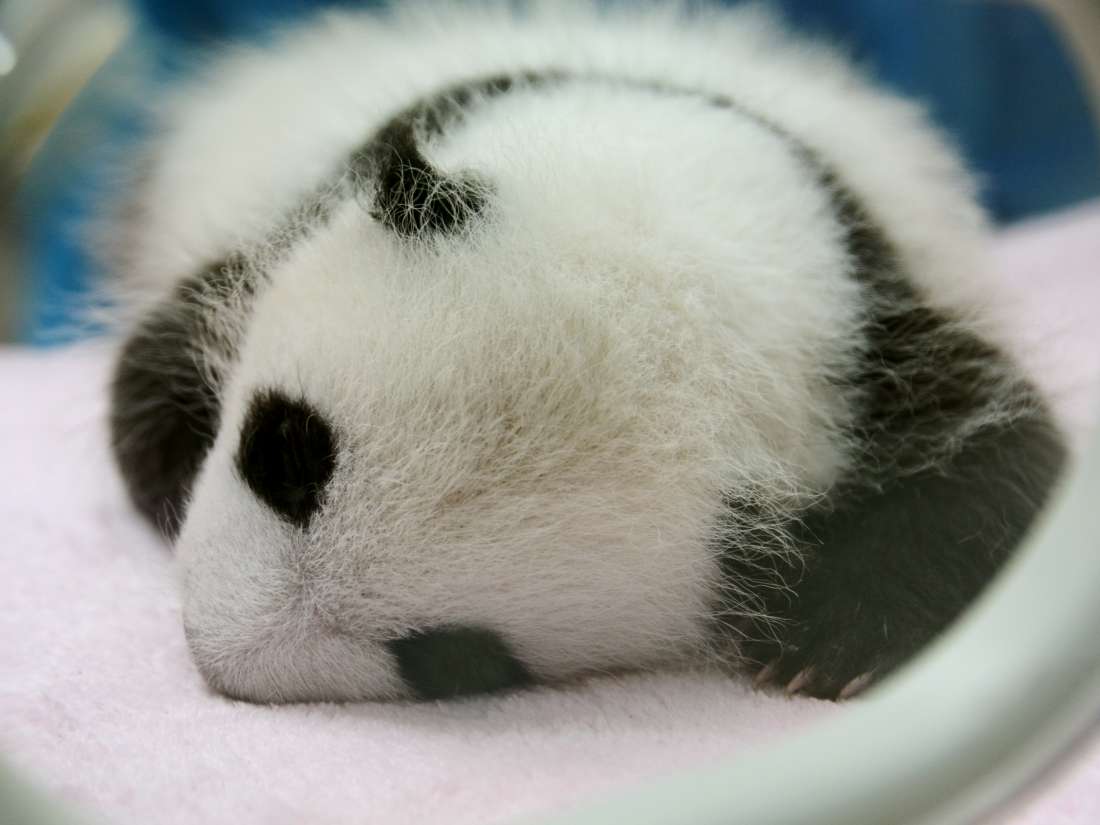 An unusual study explores a question that has puzzled researchers for a long time: Why are giant pandas so tiny when they are born?

Kathleen Smith, a biology professor at Duke University in Durham, NC, and her former student Peishu Li, conducted the new research, which appears in the Journal of Anatomy.

There are a lot of intriguing — and somewhat endearing — facts about baby pandas.

For one thing, the giant panda newborns are particularly “helpless.” They are born blind, pink, and hairless. They do not open their eyes until they are 6–8 weeks old, and they cannot move before the age of 3 months.

The cubs do not leave their mother’s side until they are between 1.5 and 3 years old — out of a lifespan of about 20 years.

Furthermore, giant panda babies are 900 times smaller in size than their mothers. They only weigh about 100 grams at birth.

With the exception of opossums and kangaroos, giant panda newborns are the smallest mammal babies compared with their mother’s size.

But why is that? To find out, Smith and Li examined skeletons from baby pandas that had been born at the Smithsonian’s National Zoo in Washington, D.C.

The prevalent theory for explaining small birth size relies on the fact that pregnancy occurs at the same time as winter hibernation in some species.

During hibernation, pregnant mothers rely on fat reserves to survive, so they do not eat or drink. They also break down muscle mass to feed protein to the fetus.

However, such a process can only be short-lived before it poses a threat to the mother’s health. In other words, the energy resources are limited, so the babies must be born prematurely, resulting in small cubs.

Although pandas do not hibernate in winter, those who support this theory contend that small birth weight is a common trait that genetics predetermines in the so-called Ursidae family — a family that comprises eight species of bears across five genera, ranging from brown bears to giant pandas.

To test if this theory was correct, the authors of the new study set out to compare several species.

They then used the micro-CT scans to create 3D digital models of the animals’ skeletons. The researchers looked at how much of the skeleton had ossified before birth, whether teeth had started to erupt, and examined the fusion between the neural arches, that is, the bony plates that make up the skull.

Even though Smith agrees that the prevalent theory is “an interesting hypothesis,” the researchers’ findings did not seem to support it.

The scientists failed to find any differences between hibernating bears and their nonhibernating relatives when it came to bone growth. Despite the small size, most bear skeletons showed a similar degree of maturity at birth as their relatives, with giant pandas being the only exception.

The scientists do not yet know the answer to this question, but they do know that baby pandas seem to mature at the same pace as other mammals, at least judging by their skeletons.

The only difference is that “Development is just cut short,” according to Smith. Giant pandas’ relatives gestate for 2 months after the egg’s implantation, whereas panda bears only do so for 1 month.

“We really need more information about their ecology and reproduction in the wild,” the author adds, pointing out that their findings only involve the bones. Looking at other organs, such as the brain, might reveal new and different theories.

Medical News Today: What to know about Pepto Bismol

Medical News Today: What to do about an ingrown hair on the penile shaft

This site may earn affiliate commissions from the links on this page. Terms of use. Ever since AMD launched its