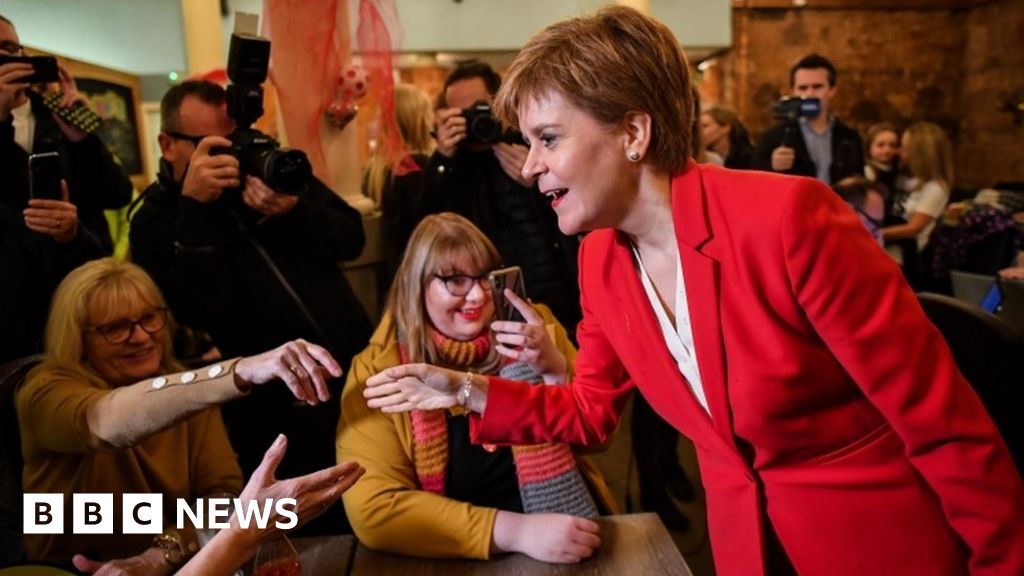 Nicola Sturgeon is to accuse Prime Minister Boris Johnson of being “dangerous and unfit for office” as she launches the SNP’s election manifesto.

The SNP leader will say that a vote for her party on 12 December will be a vote to “escape Brexit and put Scotland’s future in Scotland’s hands”.

And she will call for a big increase in funding for the NHS across the UK.

She will also claim that the prime minister’s proposed Brexit deal would be a “nightmare” for Scotland.

But Mr Johnson has already ruled out granting the formal consent that Ms Sturgeon, the Scottish first minister, says would be needed to ensure any referendum was legal.

The SNP won 35 seats at the last general election in 2017, making it the third biggest party in the UK Parliament, and the party hopes to hold the balance of power if there is a hung parliament after next month’s vote.

Ahead of the manifesto launch, Ms Sturgeon said the future of the country was on the line – with Scottish voters facing a “fundamental question” over who should decide its future.

“The reality of Westminster control over Scotland is this: a right-wing Tory government Scotland didn’t vote for and a prime minister in Boris Johnson who is dangerous and unfit for office.”

Ms Sturgeon went on to claim that a Conservative government would mean “Tory cuts to the Scottish budget, the NHS under threat from a Tory-Trump trade deal, a power grab on the Scottish Parliament, children being forced into poverty and a disastrous Brexit deal that will hit jobs, living standards and workers’ rights.”

And despite Mr Johnson’s campaign pledge to “get Brexit done”, Ms Sturgeon warned it was “nowhere near done” and predicted that Brexit would dominate Westminster politics for years to come.

She said: “The Tories have barely got going – they haven’t even started trade talks. Because of Johnson’s hard line position, there is every chance the UK will leave without a trade deal next year. That would be a catastrophe for jobs.

“And even if he somehow avoids that, his dream deal will be a nightmare for Scotland.

“It will take Scotland out of the single market – which is eight times the size of the UK alone – and out of the Customs Union, the world’s biggest trading block.”

Ms Sturgeon is also expected to unveil further details of the demands the SNP would make in return for supporting Labour if there is a hung parliament.

The party says that central to this will be proposals to significantly increase funding for the NHS across the UK – with the SNP saying it is proposing more substantial funding increases than any other major party in the election.

The SNP will demand that the next UK government raise per-head health spending south of the border to levels seen in Scotland, which it says is currently £136 per head higher.

Doing so would see an increase of NHS spending in England of more than £35bn in resource funding in 2023/24, compared with 2019/20, the party says – which would mean an additional £4bn in Barnett consequential for the Scottish NHS.

A Sleep Number mattress. One of those newfangled Mirror home fitness screens. Better sheets, better earbuds, a better couch. All