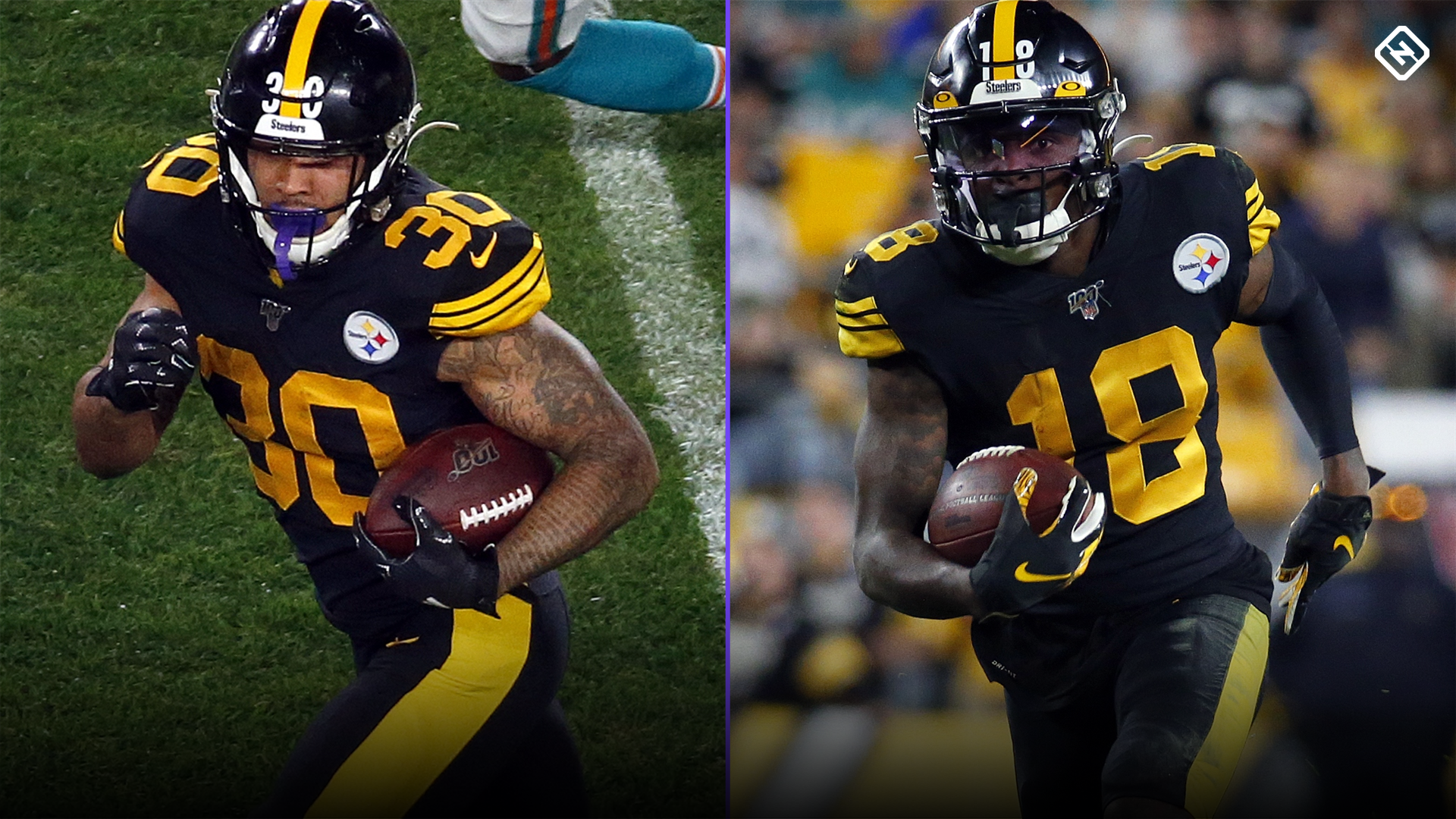 Trades — both those that have already happened and those yet to happen — could have a big effect on the top Week 9 fantasy waiver wire pickups. We already know Mark Walton is in line to receive an even bigger share of the Dolphins’ RB touches now that Kenyan Drake has been moved to the Cardinals, and a few more gems will likely emerge after all the wheeling and dealing is done on Tuesday. However, once again injuries will play the biggest role, as James Conner’s shoulder issue could open the door for Steelers’ handcuffs Jaylen Samuels (who’s currently nursing an injury) and Benny Snell Jr. (who suffered an injury of his own on Monday night) to have value. There aren’t a ton of priority pickups, but there are plenty of potential free agent adds for after waivers clear around 4-5 a.m. ET on Wednesday morning in ESPN and Yahoo leagues.

There are a few breakouts worth noting, too. From Steelers WR Diontae Johnson to Eagles TE Dallas Goedert and Lions RB Tra Carson, there’s something for everyone. The impact of injuries can clearly be seen in our full free agent list, with guys like Chris Conley (Dede Westbrook), Jonnu Smith (Delanie Walker), and Josh Reynolds (Brandin Cooks) among the possibilities. Players returning from injury (Cam Newton, Derrius Guice) are also represented. At this point in the season, you have to look for anything that could provide a player with even the slightest bit of extra value. That includes matchups, which is why we have a host of Week 9 streaming suggestions, especially at D/ST. You can also check out our Week 9 kicker rankings if you want a new kicker or have run out of other things to look at on the internet.

Until we know more about Conner’s injury (and Samuels’ and Snell’s, for that matter), it’s tough to say if any of the players listed above are worth high waiver claims. Walton is assured of a bigger role, so he would be worth at least a mid-tier claim. Guice is also interesting if you’re in a deep, competitive league (see below). Overall, though, this is shaping up to be a big free agent week, so have your watch list ready and hit the wire early on Wednesday morning.

Jaylen Samuels, RB, Steelers. Samuels has missed the past two games because of a knee injury, but he was practicing in full ahead of Week 8’s Monday night game, so it’s likely he will be active for Week 9. Samuels showed his upside in Week 4 when he had racked up 83 total yards and a score on 18 touches. He functioned as the Wildcat “quarterback” for a good chunk of that game, so perhaps it’s better to go off the three games he started last year when James Conner was out. Samuels had at least 15 touches in every game (54 total) and averaged 109.3 total yards per game with one touchdown. If Conner misses time because of the shoulder injury he suffered late in Week 8, Samuels would likely function as the lead back and have immediate value. Pittsburgh has a favorable upcoming schedule, especially after Week 11 when it faces a stretch of Cleveland, Cincinnati, and Cleveland again. If Conner is projected to miss time, Samuels will be one of the top pickups of the week.

Benny Snell Jr., RB, Steelers. Snell exited Week 8 early himself because of a knee injury. He’s only a potential free agent pickup if Conner is projected to miss time and Snell is healthy. Even then, he would likely be the No. 2 back behind Samuels. However, he could have value in Pittsburgh’s run/checkdown-heavy offense as part of a committee backfield. Operating in that role in Week 6, Snell had 18 touches for 89 total yards. Conner got hurt torward the end of that game, so Snell received more touches than usual, but there’s potential value here depending on the health of Snell, Samuels, and Conner.

Diontae Johnson, WR, Steelers. Johnson has been on the waiver wire radar before, as Monday night marked the third time he’s caught a 39-plus yard touchdown from Mason Rudolph. In fact, in three of Rudolph’s full four games, Johnson has a long touchdown catch. He’s hauled in 14-of-19 targets for 213 yards and three scores in those games. Clearly, there seems to be some kind of connection here, and while Johnson will remain a boom-or-bust option virtually every week, he’s worth having on your roster because of relatively steady usage (at least six targets in four of the past five games) and big-play upside.

Derrius Guice, RB, Redskins. We wrote about Guice last week, but after Redskins coach Bill Callahan said Monday that Guice is on track to play in Week 11, you can bet he’ll be scooped up in a lot of leagues. The second-year back injured his knee in Week 1, the only game in which he’s played in his NFL career. Washington needs to see what it has in its young, talented back, so expect Guice to at least split carries, even as he’s eased back into the lineup. With favorable matchups from Weeks 11-14 (vs. Jets, vs. Lions, @ Panthers, @ Packers) and again in Week 16 (vs. Giants), Guice could be a difference-maker down the stretch.

Using sound cues, scientists have made study participants solve puzzles in their sleep. New research sheds light on the cognitive