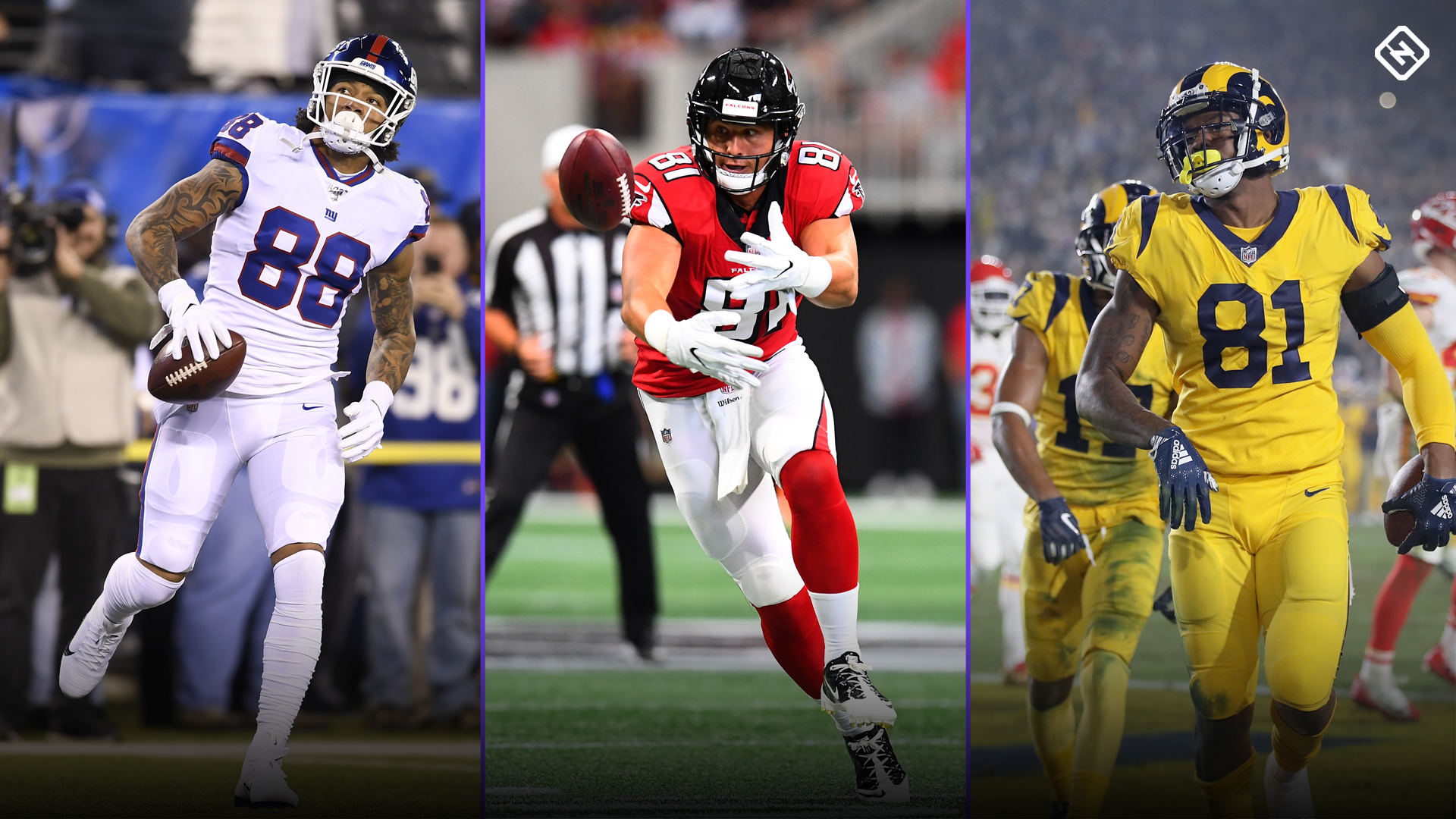 Evan Engram and Austin Hooper remain the main TE injury concerns heading into the fantasy playoffs, but further down the tight end rankings, Gerald Everett’s and David Njoku’s possible returns could shake things up, as well. We’ve have the latest updates on these four TEs below.

Engram (foot) hasn’t played or practiced since being injured in Week 9. In his absence (along with the concussion-driven absence of Rhett Ellison), rookie Kaden Smith has caught 11 passes total the past two weeks.

With the Giants not playing until Monday night, Smith is probably a must-have insurance policy for Engram owners (or Dallas Goedert on the other side of the matchup if he’s available). Engram’s practice status on Friday and Saturday will be most telling about his chances of playing Monday night.

Hooper (knee) returned to the practice field Monday, and Atlanta head coach Dan Quinn said it was a “good start.” After missing the past three games with injury, Hooper will have a chance to play Sunday against the Panthers.

Hooper’s return places him right back in the top-10 TEs as a must-start with the fantasy playoffs getting underway. If he’s out on the practice field all week, there will be nothing to worry about with the veteran tight end.

Everett dealt with knee and wrist injuries in Weeks 11 and 12, potentially a part of the reason Higbee appeared to seize back the starting job. Then the knee injury kept Everett out for Week 13 against the Cardinals, and Higbee exploded for all of his 107 yards in the first half. Rams head coach Sean McVay said Monday that Everett is day-to-day.

A lot of Higbee’s production can probably be chalked up to the Arizona matchup. Week 14 opponent Seattle doesn’t defend the tight end well, but it isn’t nearly bad as bad as Arizona. Higbee’s outside our starting tier of tight ends this week but inside the top-20, so he’s in play if you’re desperate. An Everett return would only cloud the waters and make neither look like desirable options.

When is David Njoku coming off IR?

Njoku (wrist) said before Week 13 that he’s ready to go, but the Browns didn’t active him from IR. Assuming things don’t progress in the wrong direction, you’d figure Njoku will be activated for a Week 14 matchup with the Bengals.

Cleveland plays Arizona in Week 15, making Njoku a great add and stash for right now even if he misses Week 14 still. And if he plays against the Bengals, he’s a borderline fantasy starter with most of the risk coming from us not knowing if he’d be immediately fully involved in the offense.

The lymphatic system is a network of organs and tissues that helps support immunity. The lymph nodes are tiny, kidney-shaped