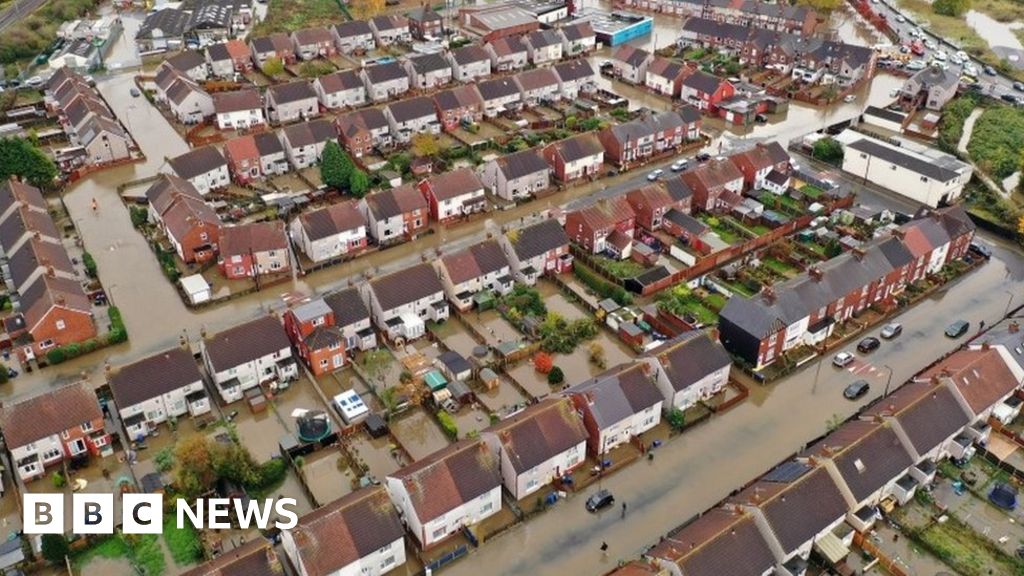 Severe flood warnings and rail cancellations remain in areas of England flooded after a month’s worth of rain fell in a single day.

Derbyshire and South Yorkshire have been worst hit by the floods, which claimed the life of one woman swept away in a river near Matlock.

Meanwhile, trains are not running in parts of the East Midlands.

Services remain cancelled on the Matlock-Derby-Nottingham route and diversions are in place between Derby and Chesterfield, adding about 30 minutes to journeys.

The River Don, which flows through Sheffield, Rotherham and Doncaster, hit its highest recorded level at just over 6.3m (21ft), higher than it was in 2007 when it also flooded.

People continued to be rescued from flood-hit towns and cities on Friday.

One man told the BBC he carried children from his gym in Rotherham, wading through water that had submerged the streets outside.

“The whole of the gym was completely flooded in water,” said Neil Wilson.

“We had to wade through water to get children to the cars so they could get home with their parents.

“The way the car park is it’s a bit deeper, so when we were carrying kids to the car it was coming up above our knees.”

But there was better news overnight into Saturday as the torrential downpours abated.

Met Office meteorologist Steven Keates said: “I think the most important thing is that the areas which have been affected by floods should avoid rain and get some respite.”

On Friday, the floods claimed the life of a woman who was swept into the River Derwent at Rowsley in Derbyshire.

Her body was found about two miles away in Darley Dale.

Derbyshire Police said her family had been informed and formal identification was yet to take place.

Prime Minister Boris Johnson visited Matlock on Friday and said: “People have been moved out of their homes and probably hundreds of businesses have seen damage to their properties.

“We stand ready to help in any way that we can.”

On the cause of the flooding, he added: “We are seeing more and more serious flooding – perhaps because of building, almost certainly because of climate change.

“We need to prepare and we need to be investing in those defences.”

Have you been affected by flooding? Share your experiences by emailing haveyoursay@bbc.co.uk.

Brexit: Johnson in last push to get deal through