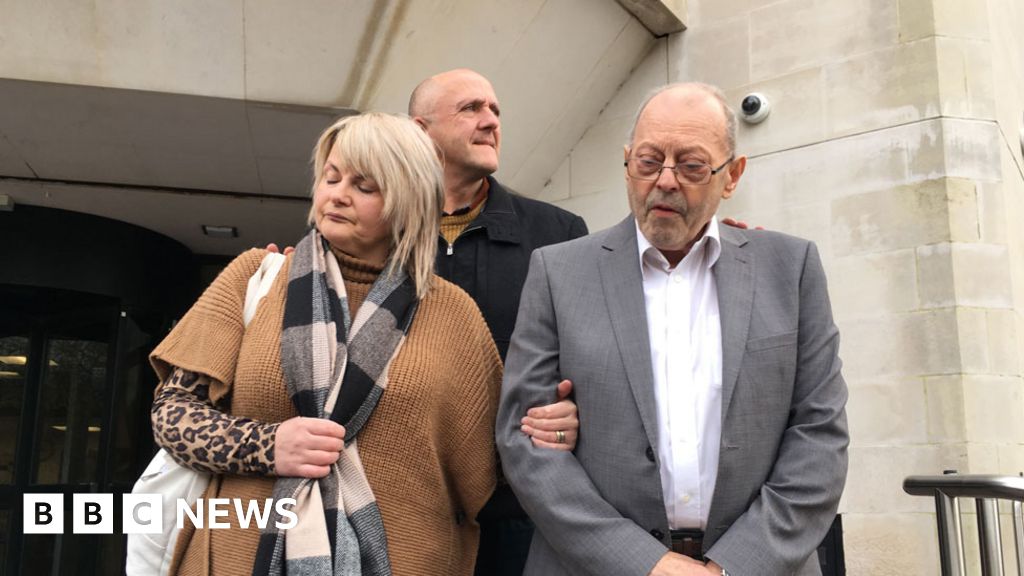 A chip shop owner accused of killing his wife by throwing boiling oil over her has been cleared of her murder.

Geoffrey Bran, 71, who ran The Chipoteria in Hermon, Carmarthenshire, had told police his wife Mavis slipped and pulled a deep fat fryer over herself.

Mr Bran was also found not guilty of manslaughter.

She had told friends in the weeks before her death that she feared her husband would kill her, a jury heard.

Mr Bran, who was cleared by a jury following five hours of deliberations, was in tears as the not guilty verdicts were read out at Swansea Crown Court.

A statement read on behalf of the family outside court said: “As a family we would just like to say thank you to everybody who has supported us during the last year.

“Family, friends, and our legal team who have shown great compassion, professionalism and positivity over this trying time.

“The loss of Mavis has left the family devastated and we ask that we are left now to get on with our lives and grieve properly without further intrusion.”

The trial had been told the couple, who had been married for over 30 years, had had a volatile relationship with arguments and swearing, and that it had deteriorated over the last few months of Mrs Bran’s life.

The prosecution had argued Mr Bran had thrown the oil at his wife after an argument over some burnt fish, but he told the jury she had accidentally pulled it over herself after she slipped and fell.

The week-long trial heard Mrs Bran was a heavy drinker and was over the legal drink-drive limit for alcohol on the day of the incident.

After Mrs Bran was injured, the court was told she went into their house, which is next to the chip shop cabin, but that Mr Bran did not assist her or call an ambulance and continued to serve customers.

Mrs Bran called a friend, Caroline Morgan, telling her: “Geoff has thrown boiling oil over me, help me, help me, get here now. I am burnt to hell.”

It was Mrs Morgan who called for an ambulance when she arrived 40 minutes later to find Mrs Bran “rocking back and forth like a little old lady”.

Mr Bran said in evidence his wife had accidentally slipped and pulled a fat fryer over herself, saying: “One of the legs [of the fryer] got to the edge [of the table] and the weight of the oil must have moved things fast and it was like a waterfall and it landed on her chest.”

Steven Jeffrey, a consultant burns and plastic surgeon, agreed her burns could have been sustained by her falling to the floor and pulling the fryer down over herself, saying: “This version of events is consistent with her injuries.”

Mr Bran, who was initially arrested on suspicion of assault, had told police of his relationship with his wife of 35 years: “It’s a miracle we lasted that long. But we used to get on OK. We’ve had our ups and downs.”

We love these products, and we hope you do too. E! has affiliate relationships, so we may get a small