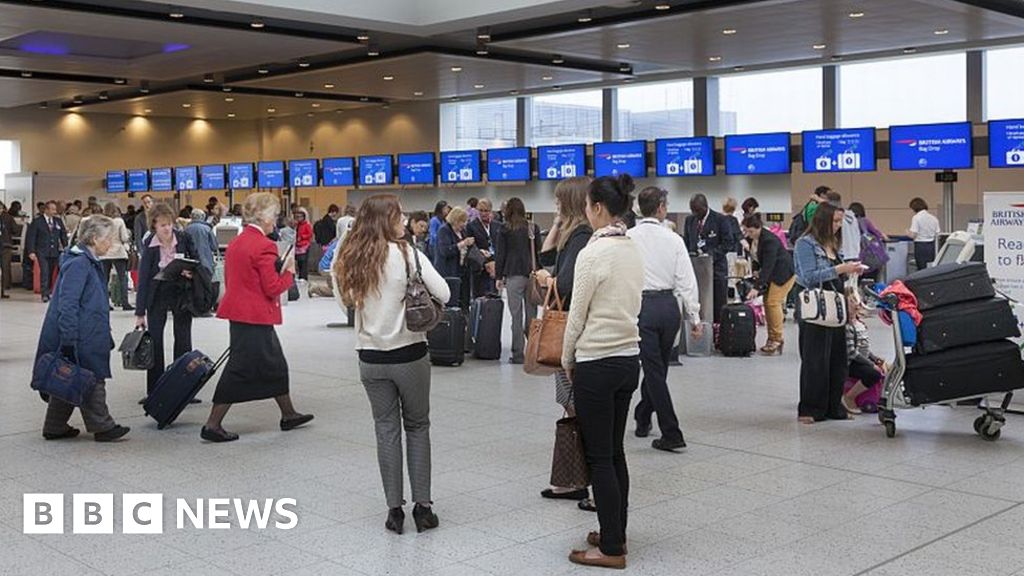 British Airways is facing a record fine of £183m for last year’s breach of its security systems.

The airline, owned by IAG, says it was “surprised and disappointed” by the penalty from the Information Commissioner’s Office (ICO).

At the time, BA said hackers had carried out a “sophisticated, malicious criminal attack” on its website.

The ICO said it was the biggest penalty it had ever handed out and the first to be made public under new rules.

What are the new rules?

The General Data Protection Regulation (GDPR) came into force last year and was the biggest shake-up to data privacy in 20 years.

The penalty imposed on BA is the first one to be made public since those rules were introduced, which make it mandatory to report data security breaches to the information commissioner.

It also increased the maximum penalty to 4% of turnover. The BA penalty amounts to 1.5% of its worldwide turnover in 2017, less than the possible maximum.

Until now, the biggest penalty was £500,000, imposed on Facebook for its role in the Cambridge Analytica data scandal. That was the maximum allowed under the old data protection rules that applied before GDPR.

The ICO said the incident took place after users of British Airways’ website were diverted to a fraudulent site. Through this false site, details of around 500,000 customers were harvested by the attackers, the ICO said.

Information Commissioner Elizabeth Denham said: “People’s personal data is just that – personal. When an organisation fails to protect it from loss, damage or theft, it is more than an inconvenience.

“That’s why the law is clear – when you are entrusted with personal data, you must look after it. Those that don’t will face scrutiny from my office to check they have taken appropriate steps to protect fundamental privacy rights.”

The incident was first disclosed on 6 September 2018 and BA had initially said approximately 380,000 transactions were affected, but the stolen data did not include travel or passport details.

What information was stolen?

The ICO said the incident was believed to have begun in June 2018.

The watchdog said a variety of information was “compromised” by poor security arrangements at the company, including log in, payment card, and travel booking details as well name and address information.

BA initially said information included names, email addresses, credit card information such as credit card numbers, expiration dates and the three-digit CVV code found on the back of credit cards, although BA has said it did not store CVV numbers.

The watchdog said BA had co-operated with its investigation and made improvements to its security arrangements.

BA has 28 days to appeal. Willie Walsh, chief executive of IAG, said British Airways would be making representations to the ICO.

“We intend to take all appropriate steps to defend the airline’s position vigorously, including making any necessary appeals,” he said.

Alex Cruz, British Airways’ chairman and chief executive, said the airline was “surprised and disappointed” in the ICO’s initial finding.

“British Airways responded quickly to a criminal act to steal customers’ data. We have found no evidence of fraud/fraudulent activity on accounts linked to the theft.

“We apologise to our customers for any inconvenience this event caused.”

Where does the money go?

The penalty is divided up between the other European data authorities, while the money that comes to the ICO goes directly to the Treasury.

It is up to individuals to claim money from BA, which provided no information on whether any compensation had been paid.

Under the regulations, authorities in the EU whose residents have been affected will also have the chance to comment on the ICO’s findings.

Were you a victim of the data breach? How were you affected? haveyoursay@bbc.co.uk

On Sunday, July 7th, freestyle motocross athlete Axell Hodges was supposed to attempt to break the world record for the