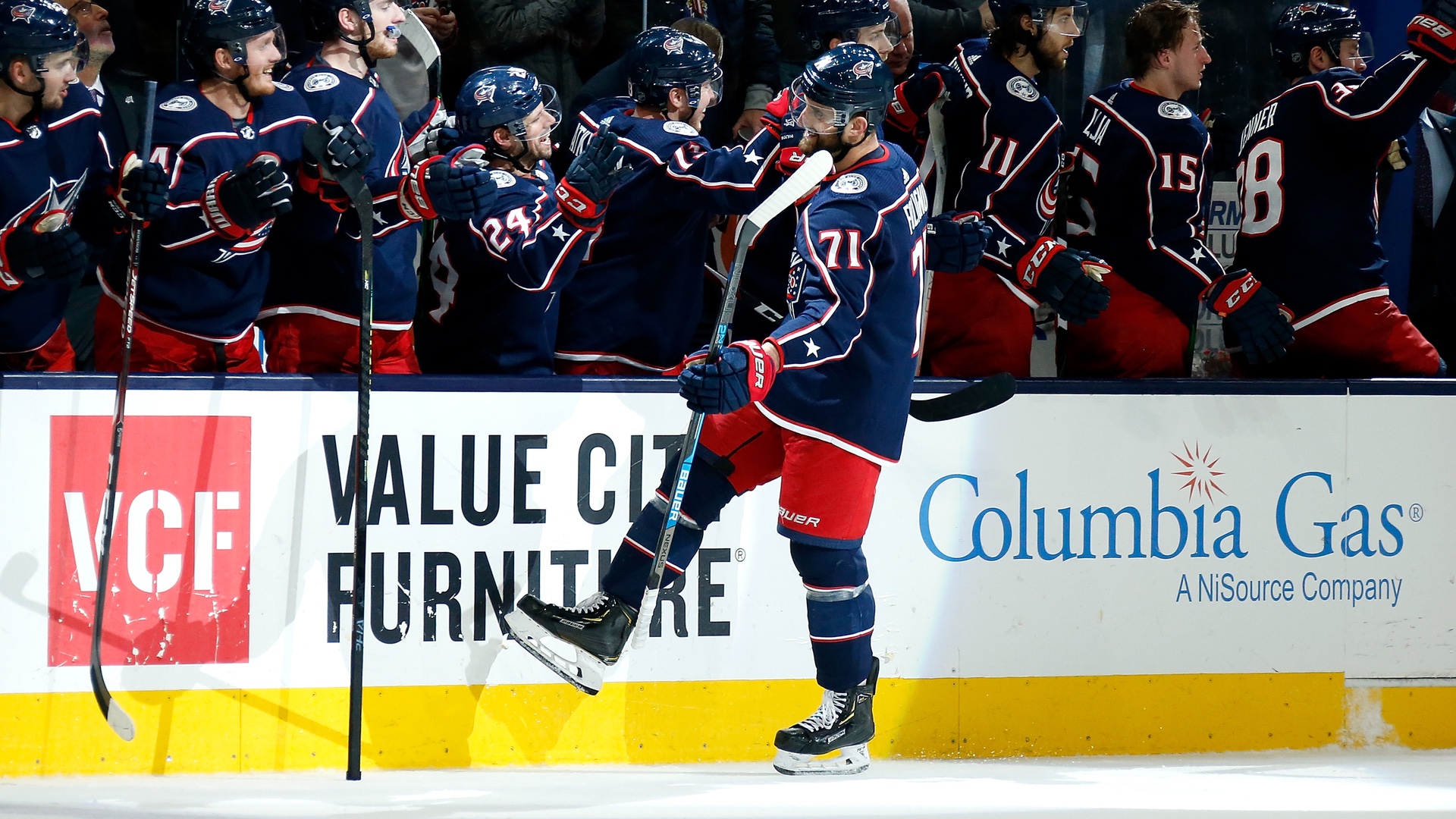 ‘Tis the season of the between-the-legs goals.

The latest one comes from the stick of Columbus Blue Jackets captain Nick Foligno. After getting through the Flyers’ defense, he settled the puck and proceeded to pull the between-the-legs move before scoring over Philadelphia netminder Brian Elliott on Thursday.

He’s not the first NHLer to pot a goal in this fashion — or even the first Blue Jackets player. Here’s a quick look at some of the other fancy goals scored this season.

In October, Foligno’s teammate Milano was the first to go between the legs. Milano’s move was pure fire as he split the Dallas Stars and, in a quick burst of speed, went through his wickets to score.

One of the NHL’s top goal scorers pulled off one of the prettiest between-the-legs moves not long after Milano. He skated backward and scored against the Maple Leafs.

The forward has scored not one, but two, goals in this fashion this season. His first was in late October when he scored a beauty of a late-second overtime goal.

Just last week, he did it again against the San Jose Sharks.

NHL 2019-20: What rules have changed for the upcoming season?

Netflix Buckle up, Ryan Murphy and Co. are taking you back in time for Hollywood. The new show, which is