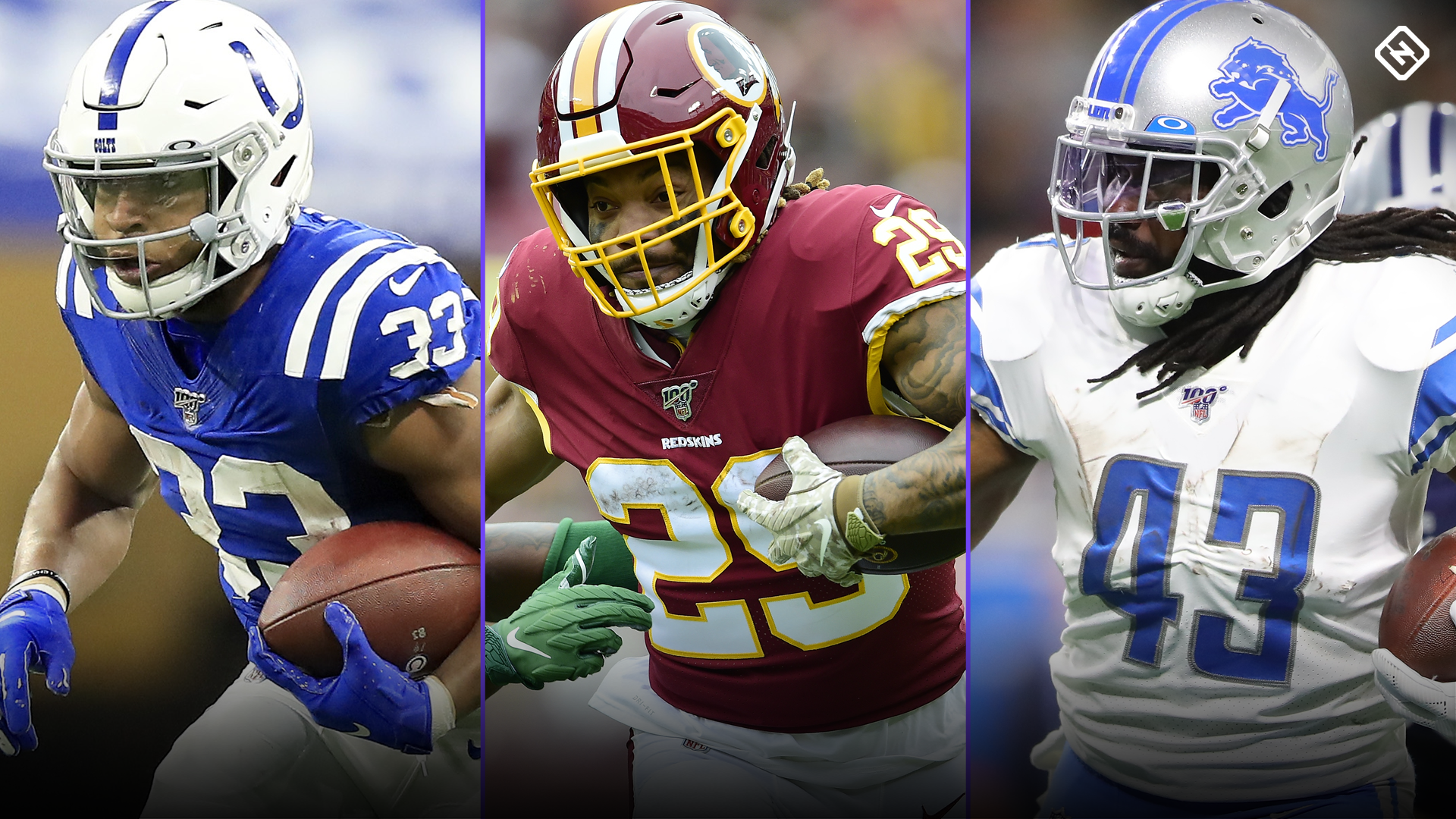 We see it every year — some random running back who was nowhere near the top-75 preseason RB rankings is starting for teams in the fantasy football playoffs. You can’t predict who it will be — you can only predict that it will happen. This past Sunday brought us two candidates in Bo Scarbrough and Jonathan Williams, as well as the return of another back left for dead after Week 1 (Derrius Guice). All will be among the top Week 12 fantasy waiver wire pickups and free agent adds.

Because we’re at that point in the season where every matchup is a “must-win”, our full free agent list has plenty of streaming possibilities for Week 12. From WRs (Russell Gage, Demaryius Thomas) to QBs (Sam Darnold, Baker Mayfield) to TEs (Ryan Griffin, Benjamin Watson) and D/STs (Lions, Falcons), we have a little something for everyone. Chances are, you will need a few streams with the Cardinals, Chargers, Chiefs, and Vikings on bye. You can find the D/ST streamers at the end of the list. If you’re in the market for a new kicker or are just super curious about where Younghoe Koo is ranked, check our Week 12 kicker rankings.

This is definitely a week where you’ll want to use the top waiver claim. Williams should be No. 1 on your priority list, and both Guice and Scarbrough should also have claims used on them. However, if you’re in a bind and desperately need someone at a particular position, don’t be afraid to claim them, as there are just two weeks left in the fantasy regular season and you can’t take your claims with you into the offseason. Either way, the free agency should once again be busy, so be ready to get your pickups in early on Wednesday morning.

Jonathan Williams, RB, Colts. Taking over in the second half for an injured Marlon Mack (hand), Williams ran all over the Jaguars, totaling 116 yards on the ground (13 carries) and another 31 through the air (one target). It’s unclear how long Mack will be out, but after fracturing his right hand, he will likely be out for at least several games. That means former backup Jordan Wilkins, who’s missed the past two games because of an ankle injury, or Williams figures to start for the foreseeable future. Because Wilkins didn’t even practice last week, Williams is the priority pickup in all leagues this week, but Wilkins should be added, as well.

Derrius Guice, RB, Redskins. We didn’t have high hopes for Guice this week, but after a slow start playing behind Adrian Peterson, he took advantage of garbage time, catching a screen pass and taking it 45 yards to the house. It was Guice’s only reception of the game (two targets). He added 24 rushing yards on seven carries — two fewer carries than Peterson but only one less yard. Guice will likely continue to split touches with Peterson in the short term, but it would make sense for him to gradually earn more playing over the next few weeks. He’s worth owning, as his schedule is highly favorable going forward, especially in Weeks 14 (Packers) and 16 (Giants).

Bo Scarbrough, RB, Lions. Even with Ty Johnson active, Scarbrough started and received 14 carries in Week 11, leading the team comfortably. He picked up 56 yards and a score, generally looking solid (though he wasn’t targeted in the receiving game). The Lions are as unpredictable as any team with their backfield, but at this point, Scarbrough is as good a bet as any to be the team’s featured back going forward. Detroit isn’t a great running team, but Scarbrough has plenty of touchdown upside in standard leagues.

Deebo Samuel, WR, 49ers. Even with Emmanuel Sanders active, Samuel was the 49ers top receiver for the second straight week. All told, he hauled in eight-of-10 targets for 133 yards — his second straight 100-yard game. Samuel is owned in 53 percent of Yahoo leagues, so he might not be available in your league, but if he is, he’s worth a claim.

Ryan Griffin, TE, Jets. Griffin has had at least four catches and 50 yards in three of the past four games, which is about all you can ask for from a waiver wire TE. In Week 11, he more than doubled that yardage total, hauling in all five targets for 109 yards and a score. Consistency might be an issue for Griffin, but with a highly favorable matchup against the Raiders on deck, he should be the top TE streamer of the week.

For additional waiver wire/free agent suggestions, including players you might have forgotten about, like Darius Slayton, Jacob Hollister, David Njoku, and Devin Funchess, check out our full Week 12 list.

Medical News Today: What to know about ferritin and hair growth

Ferritin is a protein that stores iron for the body to use as needed. Many parts of the body contain