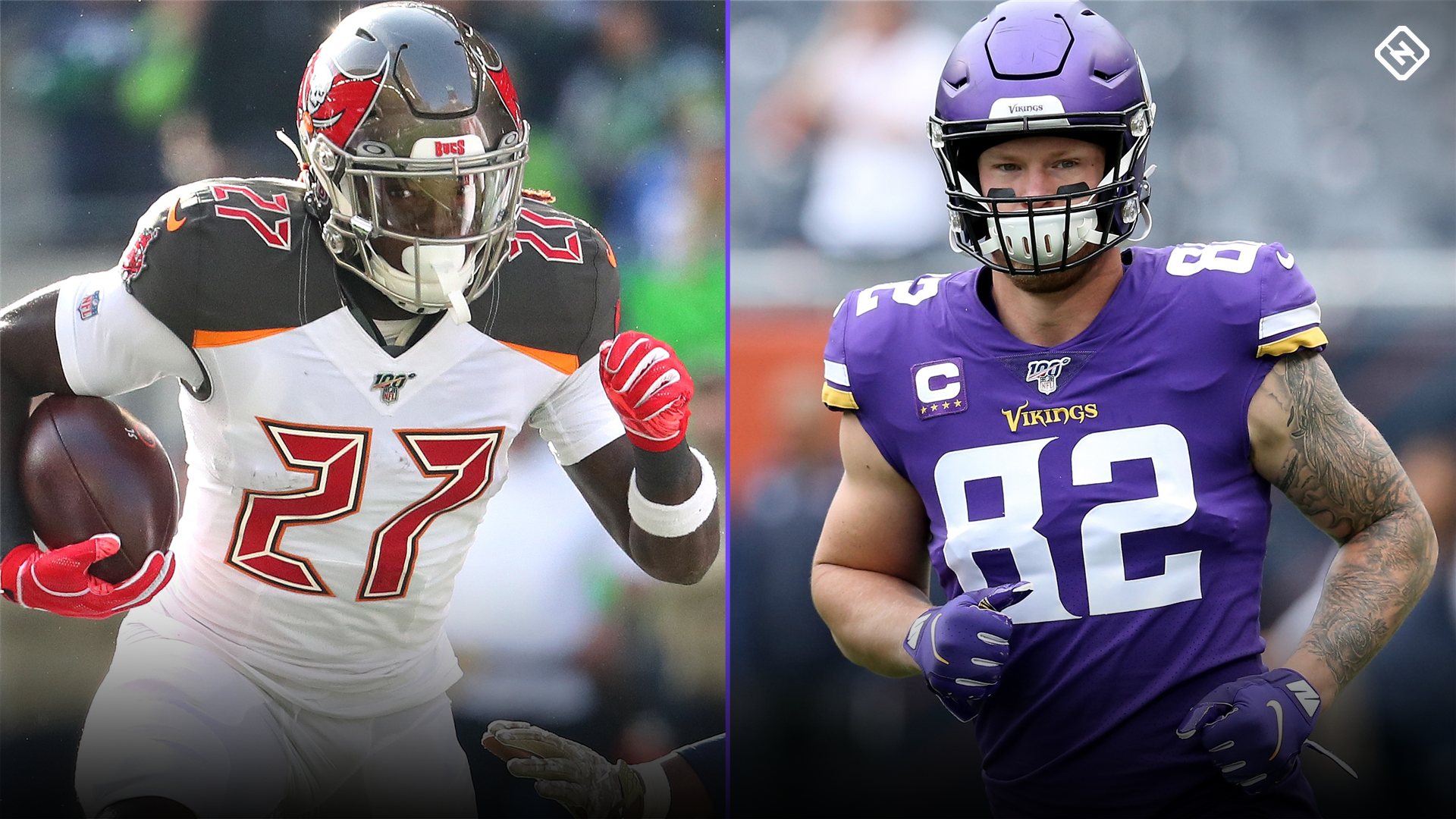 There were some notable injuries on Sunday (Jacoby Brissett, DeSean Jackson, Adam Thielen), but only the latter has any real effect on the top Week 10 fantasy waiver wire pickups. A few existing injuries are certainly playing into things (T.Y. Hilton, James Conner), but it’s shaping up to be another mediocre week for waiver pickups and free agent adds. This is especially disappointing with a six-team bye on tap (Broncos, Texans, Jaguars, Patriots, Eagles, Redskins). And while we do have a lot of streaming options on our full free agent list, there aren’t many guys worthy of actual claims, aside from Ronald Jones (and we all know how that’s probably going to turn out).

OK, maybe there’s a few other guys worth waiver moves. DeVante Parker and Cole Beasley continue to find the end zone, and Zach Pascal and Kyle Rudolph both have favorable matchups in Week 10 after seeing increased workloads in Week 9. Ultimately, though, our full free agent list is very streamer-centric, with several QB, WR, and TE options and a ton of D/STs, which you can find at the end of the list. If you need a kicker replacement or just want to see where Michael Badgley is ranked after his sexy season debut, check out our Week 10 kicker rankings.

Again, there likely won’t many waiver claims used this week unless owners are really feeling the bye-week pinch and have to compete with other owners just to get the fill-ins they want. There aren’t many great options at any position, so you shouldn’t need to do fight with your leaguemates over scraps — there will be plenty left over for you.

Ronald Jones, RB, Buccaneers. Jones got his first start of the year in Week 9 and ran a team-high 18 times for 67 yards and a score. He added another 15 yards on two receptions. More important, Peyton Barber only received four carries and didn’t play much outside of one drive. It appears that Jones has finally taken over the “lead back” — something we’ve thought before but have more confirmation of now. If Jones is going to continue getting 15-plus touches, he certainly value going forward, starting next week against the Cardinals.

Zach Pascal, WR, Colts. Pascal led a balanced Colts passing attack with six targets on Sunday, catching five for 76 yards and a touchdown. As long as T.Y. Hilton (calf) is out (which should be at least a couple more weeks), Pascal is the No. 1 WR for Indy. When Hilton was out in Week 4, Pascal caught four-of-seven targets for 72 yards. He’s been the snaps leader (outside Hilton) among the Colts’ WR corps, and he provides a good mix of red-zone threat and middle-of-the-field target. Chester Rogers (five targets) and Parris Campbell (five targets) both could be worth adding in deeper leagues, at least for next week against the Dolphins.

DeVante Parker, WR, Dolphins. You might not be paying attention, but Parker is finally having the breakout season fantasy owners have been waiting for. He had a four-catch, 57-yard, one-TD performance in Week 9, marking the fourth time in the past five games in which he’s scored. Sure, garbage time helps, but that’s going to be a recurring thing for Parker and the Dolphins. He averages 6.5 targets per game, and that’s enough for him to pay off as a WR3 most weeks.

Kyle Rudolph, TE, Vikings. Rudolph had been a complete afterthought this season, but he’s come alive since Adam Thielen injured his hamstring. He’s scored in two of the past three games — both starts and early exits by Thielen, and he caught all three of his targets in the game in which Thielen missed. Over the past three games, Rudolph has hauled 11-of-14 targets for 98 yards and two scores. Those numbers aren’t overly exciting, but with Thielen questionable, at best, for Week 10, Rudolph is a decent bye-week fill-in against a Cowboys defense that entered Week 9 giving up the sixth-most fantasy points per game to TEs.

Derrius Guice, RB, Redskins. Guice, who’s been out since Week 1 because of a knee injury, is expected to return in Week 11, and he’ll have at least a share of the Redskins’ backfield. Now is the time to pick him up and stash him while he’s still readily available in the majority of leagues. Adrian Peterson’s strong Week 9 effort could keep him involved for a little while, but expect the Redskins to give Guice as much work as they think he can handle down the stretch.

Medical News Today: How waste gets ‘washed out’ of our brains during sleep

For the first time, a new study has observed that cerebrospinal fluid washes in and out of the brain in